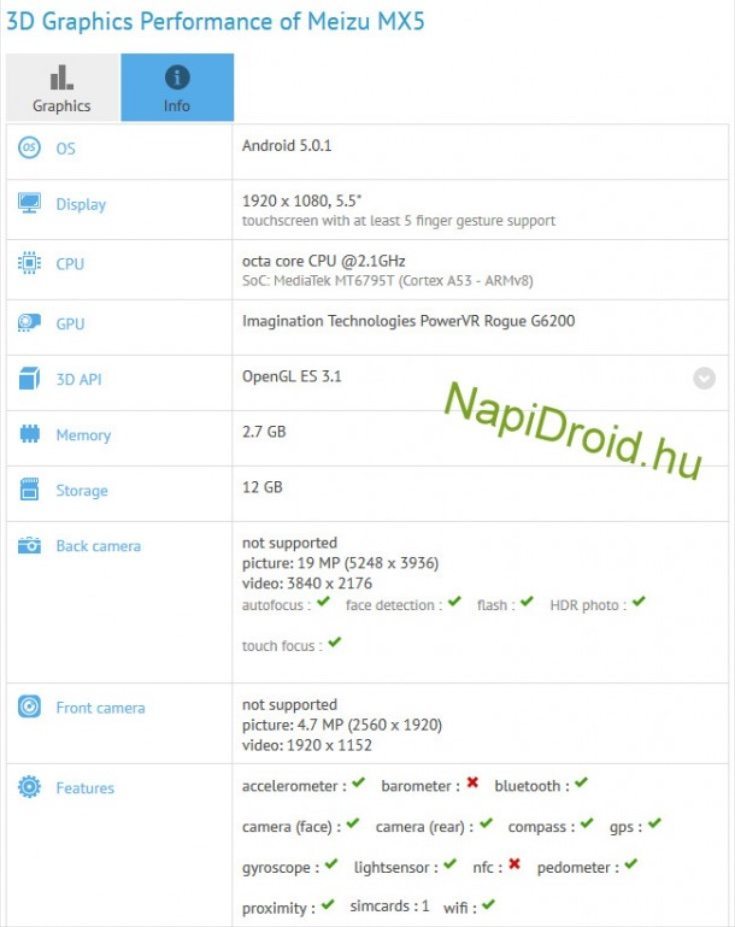 We often find that the closer we get to the unveiling of a new smartphone the more leaks we see. That’s currently the case for the Meizu MX5 that is heading for a launch on June 30, as just yesterday we saw some leaked casing images and a suggested price. Today there’s further news with two Meizu MX5 benchmarks that show specs and promise.

There’s a lot of interest in this upcoming Meizu smarthone, and now some benchmark listings for the phone have come to light. These confirm many of the previously rumored specs as well as a Geekbench multi-core score of 5352. That places the Meizu MX5 well up among smartphones such as the Samsung Galaxy S6. While we cannot verify this ourselves, if this score is accurate that’s something that potential buyers of the MX5 will be pleased to hear.

Specs revealed for the phone include a 2.1GHz MediaTek MT6795T (aka Helio X10) octa-core processor, although earlier rumors cited a MediaTek MT6793 chip. Other specs shown from the benchmark appearance are PowerVR G6200 graphics, a 5.5-inch display with Full HD resolution of 1920 x 1080, 3GB of RAM, and 16GB of internal storage.

There’s a 20.7-megapixel rear camera with 2160p video capture, and also a 5-megapixel front-facing camera with 1080p video recording capability. Thankfully June 30 is only a week away, so there’s not too long to wait until the Meizu MX5 is officially announced and we hope to hear confirmed pricing and a release date. Of course we’ll give you all the news on availability and more as we hear it.

Are you already considering the Meizu MX5 as your next smartphone purchase? Maybe you’re pleased to hear about the benchmark result that has emerged for this device? It’s always good to hear from readers so do let us know by sending us your comments.

Sources: Geekbench Browser
Via: NapiDroid AND GizChina and GSMArena