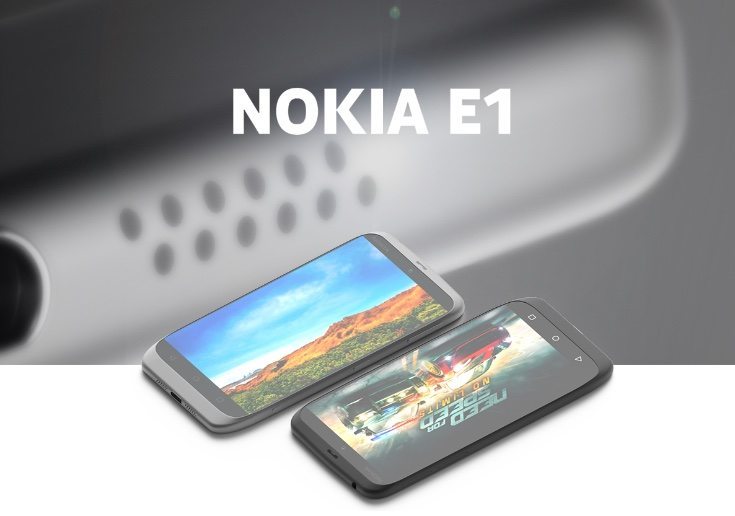 Many readers will know that Microsoft took over the Lumia branding from Nokia, and part of the deal was that Nokia would not be able to produce any new smartphones until 2016. Recently there was news that the company is indeed planning on designing new handsets that could release next year, good news for Nokia enthusiasts. While we wait for more on this we thought it would be a good time to show a new concept of a Nokia E1 smartphone with specs included.

It’s often interesting to see design ideas for new smartphones as they can tease us with possibilities. The Nokia E1 vision we’re showing here today comes from Russian designer Dmitriy Mezenin. This render shows a Nokia E1 with some fresh styling, offering something a little different from older handsets from the company. The designer says that this is his first concept and we think he’s done a pretty good job!

It’s difficult to tell from the images whether this has a metal or plastic body, but we’d err towards it being plastic. The Nokia E1 render shows some nice curving and the handset appears to taper in towards the bottom. It has extremely slim bezels and is running the Android 5.0 Lollipop operating system with the Nokia Z Launcher.

Specs include a 2.3GHz Intel 64-bit Atom processor, PowerVR G6430 graphics, and 4.95-inch fully laminated zero air gap IPS display with Full HD resolution of 1920 x 1080. Further imagined specs for this Nokia E1 are 2GB of RAM, 32GB of internal storage, and a 2700 mAh battery. It has a 20-megapixel rear camera and 5-megapixel front-facing shooter. Features include a 6 axis gyro and accelerometer plus Wolfson acoustic technology.

Tell us what you think about this concept Nokia E1 design in the comments box. Would you be happy to see the next Nokia-branded smartphone appear looking something like this?