Samsung Galaxy A8 shows up in video spot 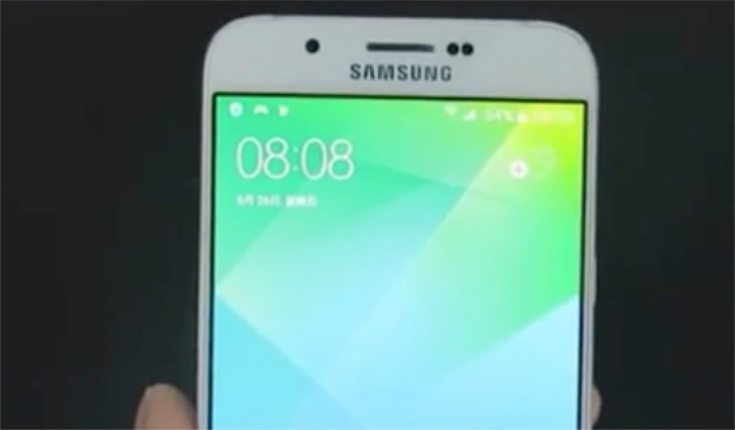 We’ve been reporting on the Samsung Galaxy A8 smartphone since April, and although it has not been made official yet there have been plenty of leaks and rumors. Now the Samsung Galaxy A8 has been shown in all its glory in a video spot. We have to say it looks very appealing with a slim and sleek build.

Earlier this month the Samsung Galaxy A8 turned up in TENAA China certification, and this revealed quite a few of the specs for the device. This also gave a basic image of the design that tallied with previous leaked images. The YouTube video that we’ve embedded below this story for your viewing convenience, gives us our best look yet at Samsung’s thinnest ever phone.

The hands-on with the Galaxy A8 shows that it appears to have a metal frame, and details shown in the TENAA filing listed the handset as being just 5.94mm thick, or thin whichever way you look at it. It weighs just 142g, which is also notably light considering the size of the handset and its 5.7-inch Super AMOLED display with Full HD resolution.

Other specs that have been revealed so far include a 1.5GHz Snapdragon 615 64-bit octa-core processor, Adreno 405 graphics, 2GB of RAM, and 16GB of internal storage (expandable with microSD). It’s said to have a 16-megapixel rear camera, 5-megapixel front-facing snapper, and sizeable 3050 mAh battery. It will be running the Android 5.1 Lollipop operating system on launch and have 4G LTE connectivity.

We think that Samsung has got the design of the Galaxy A8 pretty much spot on, and that many people will find it an attractive proposition. However, it’s still unclear whether it will be released in other regions outside China and that’s something we hope to find out more about soon. Remember to check out the 3-minute video below, as it gives a good look at the Samsung Galaxy A8 from all angles.

Do you find the styling and specs of the Samsung Galaxy A8 appealing? Are you hoping that it makes an international release? Send your comments to let us know.