QMobile A1 Android One phone releases in Pakistan 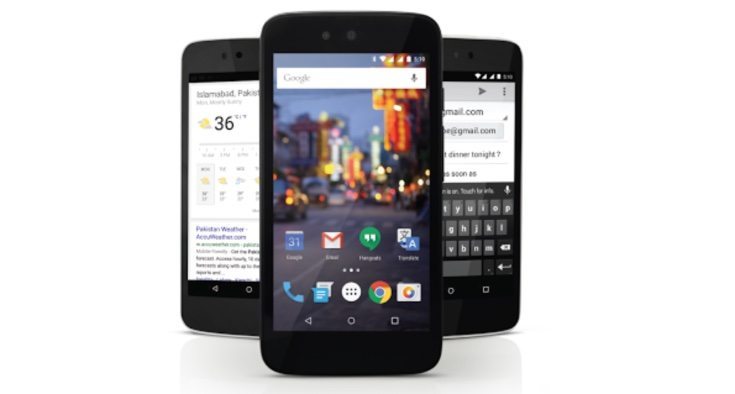 If you haven’t yet heard of Google’s Android One initiative we can sum it up briefly by saying that so far we’ve seen low-end smartphones with affordable prices that receive timely Android updates. They have been launched in emerging markets and attracted a fair amount of attention, and now the QMobile A1 Android One phone has released in Pakistan.

We’ve seen several Android One handsets arrive so far including the Micromax Canvas A1, Karbonn Sparkle V, and Spice Dream Uno in India. Other regions that have so far received Android One phones include the Philippines, Sri Lanka, and Bangladesh where the Symphony Roar A50 was another option. Recently we reported that another new Android One smartphone with higher specs and made by Lava was heading to India this month.

Now Google VP of Product Management Caesar Sengupta has announced the QMobile A1 on the Google Asia Pacific Blog, and this is the first Android One smartphone for Pakistan. It sports the same specs as the other low-end Android One handsets launched so far, so it has a 1.3GHz MediaTek quad-core processor and a 4.5-inch display with resolution of 854 x 480. There’s 1GB of RAM and 8GB of internal storage (expandable via microSD).

Other specs of the QMobile A1 include a 5-megapixel rear camera, 2-megapixel front-facing snapper, and 1700 mAh battery. This is a dual SIM handset that will launch running the Android 5.1.1 operating system. The phone has gone on sale at retail stores across Pakistan today for 11,500 PKR, and that’s equivalent to around $113, Â£73 or Rs. 7,150. You can head to this QMobile product page for further details on the A1.

Potential buyers might want to be reminded that not only is the QMobile A1 running the latest version of Android out of the box, but speedy updates to later versions will be made available swiftly after they release. If you are one of our many readers in Pakistan do you think you will buy the QMobile A1 Android One phone? Send us your comments, as we like to know what you think.

One thought on “QMobile A1 Android One phone releases in Pakistan”