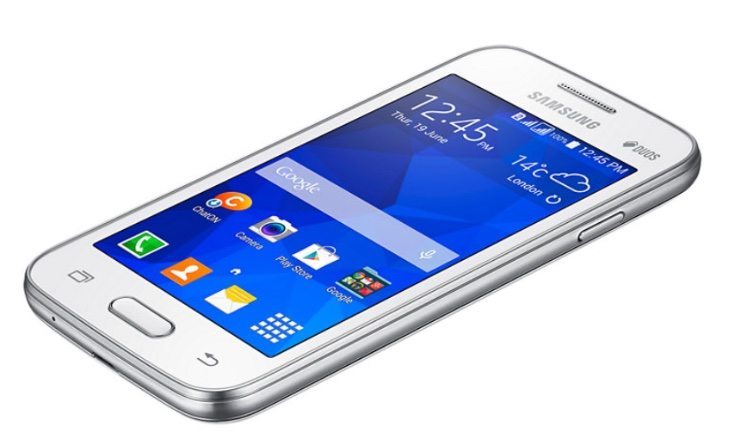 Earlier today we reported on the upcoming Samsung Galaxy J2, another in the J series of low-end to mid-range handsets. Samsung seems to have the budget end of the market in mind lately, and the Samsung Galaxy V Plus is included in this sector. Specs of the V Plus include a 1.2GHz dual-core processor, a 4-inch display with resolution of 800 x 480, 512MB of RAM, and 2GB of internal storage (expandable with microSD).

Further specs of the Samsung Galaxy V Plus are a 3-megapixel rear camera, 0.3-megapixel front-facing snapper, and 3.5mm audio jack. Connectivity includes 3G, WiFi 802.11 b/g/n, and Bluetooth 4.0. It runs the Android 4.4 KitKat operating system skinned with the TouchWiz UI. This dual SIM phone weighs just 123g and measurements are 121.4mm x 62.9mm x 10.7mm, so it’s on the chunky side. It comes in black or white color choices.