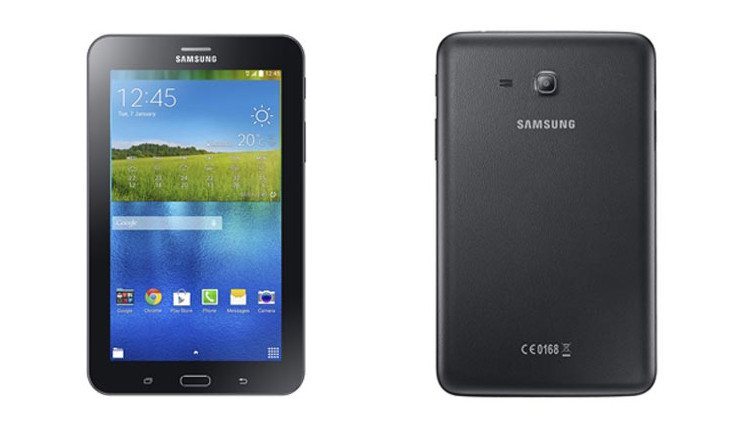 A new tablet has just been announced for India as Samsung has discreetly added the Samsung Galaxy Tab 3V to their online shop. It may not have arrived with a Splash, but its voice-calling capabilities help it stand out a bit from other mid-range slates.

The Samsung Galaxy Tab 3V falls a couple of notches below Sammy’s top-tier tablets as it features a 7-inch panel with a resolution of 1,024 x 600. Beneath the glass beats a 1.3GHz quad-core SoC which is backed by 1GB of RAM, and you’ll get 8GB of expandable storage to work with as well. There’s no front-facing snapper on the Galaxy Tab 3V, but the rear snapper is listed at 5MP.

The tablet has 3G voice-calling capabilities to go along with the usual connectivity options like Bluetooth, GPS, and Wi-Fi. The Samsung Galaxy Tab 3V will get its juice from a 3,600mAh battery and runs Android 4.4. There’s been no word on an update to Lollipop, but one would assume Samsung would put one out as the tablet is fairly new.

If the Samsung Galaxy Tab 3V seems like your cup of tea, you’ll be able to snag one in Black or White. It’s currently listed for Rs. 10,600 from Samsung’s E-store in India or through retailers like Amazon and Snapdeal.