Acer gets into the Selfie game with the Acer S59 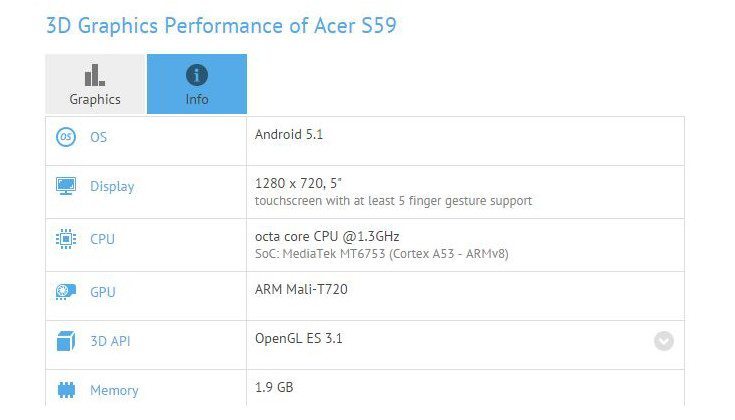 Earlier today we told you about how the Asus Zenfone Selfie may be nearing a release, but they aren’t the only company going after selfie aficionados. The Acer S59 just rolled through the benchmark listings and it’s bringing a couple of large sensors along for the ride.

Acer isn’t necessarily a company that comes to mind when we think of cameras, but they appear to be going all-in with the Acer S59. The device made an appearance on the Geekbench database, and the listing shows it will have a 13MP sensor on the front and back. The front will have a Flash, but one wasn’t listed for the backside.

Cameras aside, the Acer S59 will have plenty of pop although its specs put it squarely in the mid-range sector. The handset will have a 5-inch 720p display, and is powered by an octa-core MediaTek MT6753 processor with some help from 2GB of RAM. The storage space is listed at 11GB, but will round up to 16GB although there’s no mention of expandable storage. Wi-Fi, Bluetooth, and GPS were listed in the connectivity department, and it was tested running Android 5.1. 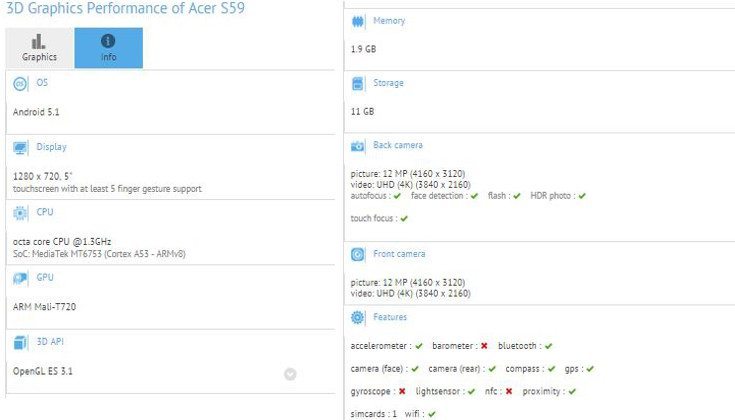 Benchmark listings can be a little off at times, but the Acer S59 appears to be a solid mid-range smartphone that selfie lovers will enjoy. Their handsets are usually affordable as well, so this is one we’ll keep an eye on going forward.