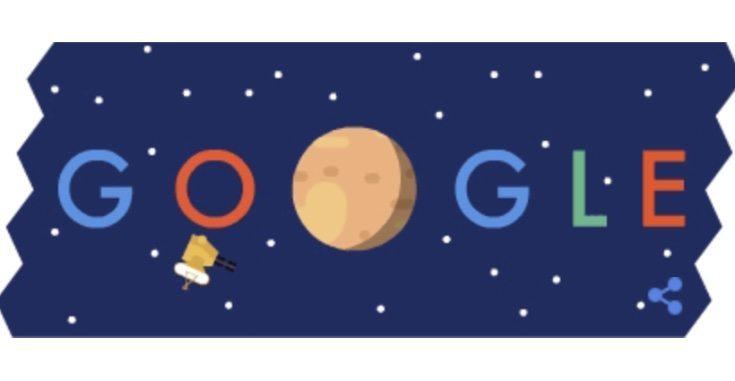 Anyone interested in astronomy will know that this is a significant day as a NASA probe will fly-past Pluto and will offer us detailed pictures of the dwarf planet’s surface for the first time. The occasion is grabbing the attention of people worldwide and Google has created a Pluto Flyby Google Doodle for the NASA New Horizon probe.

From time to time Google issues a special Google Doodle, usually to mark an anniversary or celebrate a unique day in history. Recent examples of Google Doodles have included one for Father’s Day and another for Earth Day. If you head to the Google homepage today you’ll see the animated Pluto Flyby Google Doodle. It was created by Kevin Loughlin and shows a probe spinning around the icy planet.

The second ‘o’ of Google is represented as Pluto itself, and if you want a closer look of the doodle you can view it in the short YouTube video that we’ve embedded below this article. Eagle-eyed observers may also notice that the image of Pluto in the doodle also shows a heart-shape area that NASA spoke about last week.

The probe in the Google Doodle looks pretty small but in fact it’s the size of a baby grand piano and weighs 1000 pounds. The New Horizon probe cost $700 million and has traveled three billion miles at speeds of over 36,000 mph. It has taken 9 years to reach its destination and will pass within 12,500 miles of Pluto. As you can imagine, the close-up pictures that it should bring are hotly anticipated.

We think this latest Google Doodle to mark the Pluto Flyby today is simple but really effective and we wonder what you think? Do tell us by sending your comments in the box below. Will you be following all the news about the Pluto Flyby on your smartphone or tablet?