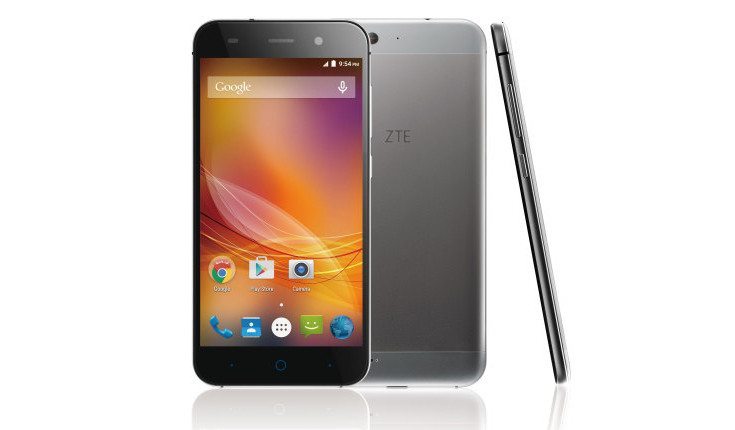 There’s a big tech show going on today in Shanghai, and a lot of new devices are making an appearance at MWC Shanghai 2015. The ZTE Blade D6 has shown up at the event as the next smartphone in the company’s popular Blade lineup.

The ZTE Blade D6 features a slim 6.9mm profile and the innards are housed in an aluminum chassis. It may look familiar, but it doesn’t look cheap although we’ve yet to learn the ZTE Blade D6 price. As for the specs, they are about what we expect from a mid-ranger in 2015 aside from a hybrid Dual-SIM setup that allows you to use your secondary slot for a microSD card.

ZTE popped a 5-inch IPS panel into the ZTE Blade D6 and it has a resolution of 1,280 x 720. Beneath the glass beats the popular 1.3GHz 64-bit MediaTek MT6735, which is helped along by 2GB of RAM. The storage capacity is listed at 16GB (expandable) while the camera combo clocks in at 13MP/5MP.

Connectivity options for the ZTE Blade D6 include Bluetooth 4.0, Wi-Fi, GPS, and 4G LTE along with the aforementioned Hybrid Dual-SIM setup. The D6 will pull its power from a 2,200mAh battery and runs Android 5.0 with MiFavor 3.2 tacked on.

ZTE’s new handset could be a popular device if the price is right, we’ll just have to wait to find out what that will be. The smartphone is scheduled to roll out within the next few months in Russia, Australia and Japan in Silver, Pink, Gold and Grey.

Would you be interested in the ZTE Blade D6 if it comes to your area?