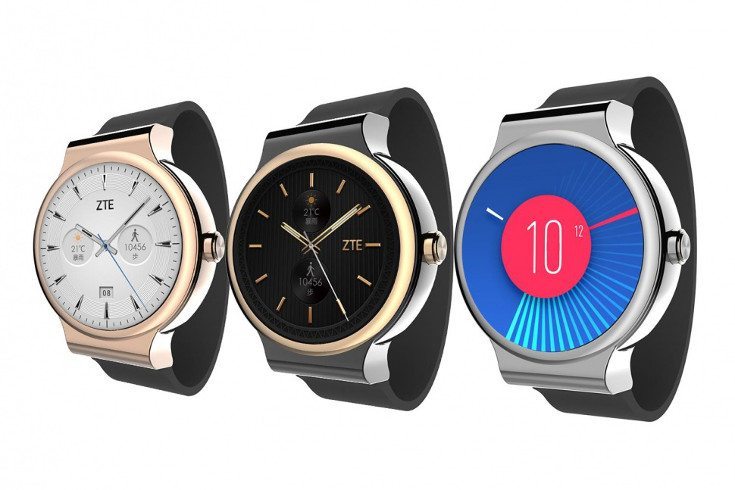 ZTE has been making waves with their recent run of high-end handsets and the new Axon smartphone. The Axon smartwatch was announced today alongside several other new devices in China and it’s safe to say its a bit of a surprise.

ZTE isn’t known for their talents in the world of wearables, but that might change with the upcoming ZTE Axon smartwatch release. The company unveiled the deviceÂ to the world today and they have come a long, long way since the release of their last wearable. It’s a different look this time around, and the Axon smartwatch specs are quite different as well.

The Axon smartwatch features a round 1.4-inch display sapphire coating for a bit of extra durability. There’s nothing to get excited about under the hood as it has the usual smartwatch combination of Snapdragon 400, 512MB of RAM and 4GB of storage along with a 300mAh battery. That’s smaller than some of its competitors, so it will be interesting to see how the battery life shakes out.

Unfortunately, that’s where the fun ends as ZTE was light with the rest of the details. We know it can be used for “fitness and health monitoring” but weren’t shown the rear of the smartwatch so we can’t see any sensors. Voice and Gesture controls are listed as features along with Bluetooth 4.1. Android Wear is out though, as the ZTE Axon smartwatch will run Tencent OS.

ZTE didn’t give a release date for the Axon smartwatch, and we can’t imagine it will leave China. That said, an international model with Android Wear in place of Tencent could be in the pipeline, and it’s something we’ll keep an eye out for going forward.

Would you like to see ZTE bring the Axon smartwatch to more markets?