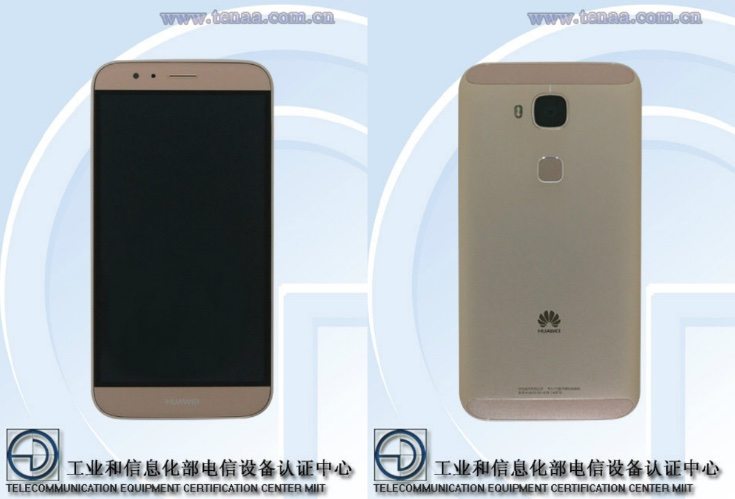 The Huawei Ascend G7 released in October 2014 so we’d expect signs of a successor to start appearing around now. Now a handset dubbed the Huawei G8 (dropping the Ascend part of the title) has made an appearance during a certification process. Now that the phone has broken cover we expect to hear much more about it soon.

The listing includes some images of the G8, and it appears to have a metal build and very slim bezels to the sides of the display. Unofficial specs include a display size of between 5.2 and 5.5-inches, 2GB of RAM, and 16GB of internal storage. A 13-megapixel rear camera with dual-LED, dual-tone flash is also claimed.

The images reveal what looks to be a fingerprint scanner on the reverse, and it also appears as though the rear camera protrudes slightly. Bear in mind that the Huawei G8 hasn’t been made official yet so we cannot take the above specs as confirmed just yet. However, the TENAA appearance leads us to think it could be officially unveiled at IFA 2015 in September.

Would you be interested in this mid-range Huawei G8 if it releases soon? Maybe you’re waiting for the Huawei Mate 7 Plus or Huawei Mate 8 that are also expected to be made official before too much longer? Let us know with your comments.