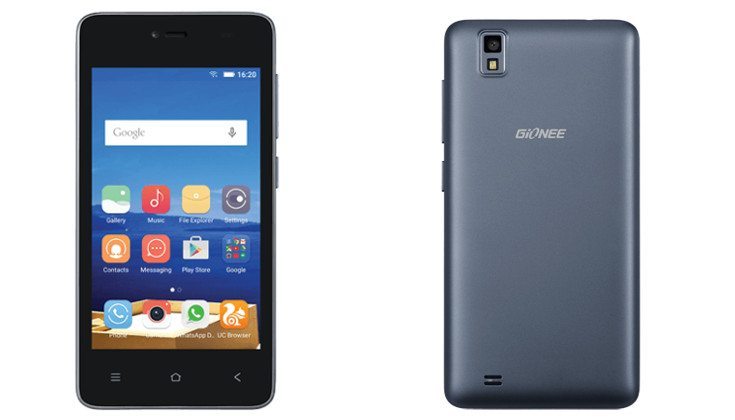 Amid all the flagship news today, we’ve seen a few budget smartphones get announced, and one of them is the Gionee Pioneer P2M. The handset won’t set the benchmarks ablaze, but it does have a low price tag of Rs. 6,999.

The Gionee Pioneer P2M is another budget smartphone bound for India, and it on the small side of things with a 4-inch WVGA display that has a resolution of 480 x 800. Under the tiny slab of glass beats a quad-core MediaTek MT6582 clocked at 1.3GHz and backed by 1GB of RAM. It’s pretty standard stuff, but the storage capacity is better than expected at 16GB.

On the backside of the Gionee Pioneer P2M you’ll find a 5MP snapper with an LED flash while the front-facing sensor is listed at 2MP. Connectivity options include Wi-Fi, Bluetooth, GPS, USB-OTG, 2G and 3G. The dual-SIM smartphone will get its juice from a large 3,000mAh battery, and runs Android 5.1 with the company’s Amigo 3.0 UI on top.

The Gionee Pioneer P2M appears to be a solid handset on paper, but it’s going to have a hard time competing against similarly priced handsets with 4G LTE in the region. If you’re interested in picking one up, the Pioneer P2M will be available in Gold, Black and White for Rs. 6,999/â‚¬99.