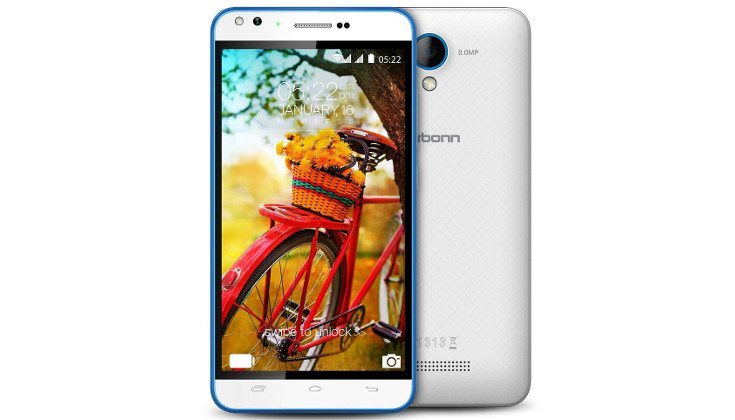 Karbonn has launched the Karbonn Titanium MachFive today in India with a price of Rs. 5,999. It’s not the beefiest handset in the mid-range market but offers up similar specs compared to other devices in the Mach lineup.

The Karbonn Titanium MachFive has a clean look with fairly thin bezels, capacitive buttons, and a textured back panel. That shell houses a 5-inch panel with a resolution of 1,280 x 720, and the chip providing the power is listed as a 1.3GHz quad-core chip. You’ll get 2GB of RAM to help that along, and there are 16GB of expandable storage as well.

On the backside of the Karbonn Titanium MachFive, you’ll find an 8MP rear camera with an LED flash while the front snapper keeps the flash but bumps the sensor down to 5MP. Connectivity options include Wi-Fi, Bluetooth 4.0, GPS, and 3G HSPA+. The dual-SIM device will get its juice from a 2,200mAh battery and runs Android 5.0 out of the box.

If the Karbonn Titanium MachFive seems like the right handset for you, you’ll be able to snag one today through Amazon.in. The phone is available in White & Blue or Champagne for Rs. 5,999.