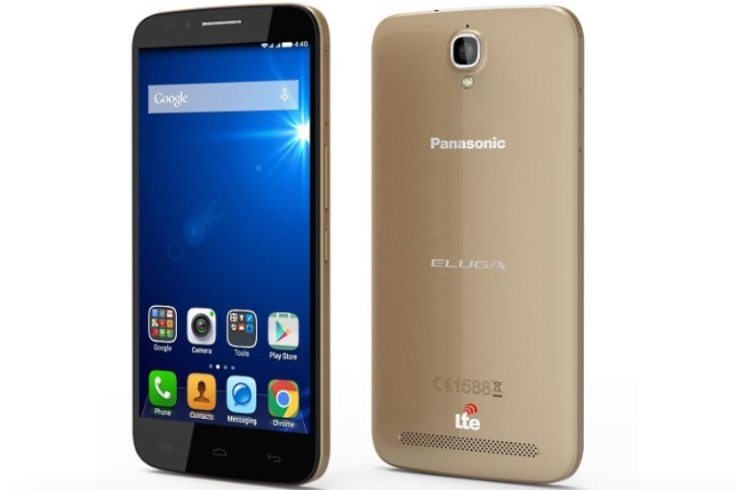 The Panasonic Eluga Icon price has just been confirmed at its India launch. The company produces smartphones for various sectors of the market and recently announced the budget Panasonic Love T10 at less than Rs. 4,000. The Eluga Icon steps up the specs and is a good-looking 4G LTE handset, and hence it has a more mid-range price tag of Rs. 10,999.

If you like the look of the new Eluga Icon you’ll be pleased to hear that you can get your hands on it from today. It’s exclusive to Amazon India and comes in gold or slate colour choices. Specs and price make the smartphone a contender against popular devices such as the Lenovo K3 Note, Moto G 3rd gen, and others.

Panasonic Eluga Icon specs include a 1.5GHz octa-core processor (chipset so far unspecified), a 5.5-inch display with HD resolution of 1280 x 720, 2GB of RAM, and 16GB of internal storage (expandable to 32GB via microSD). It packs a 13-megapixel rear camera with LED flash, an 8-megapixel front-facing shooter, and a nicely sizeable 3500 mAh battery.

Connectivity is catered for with 4G LTE, 3G, WiFi 802.11 b/g/n, Bluetooth, and GPS. The phone runs the Icon UI based on the Android 4.4 KitKat operating system, and features include Smart Awake, Blink Play, and iSense, as well as HotKnot file transfer technology from MediaTek, similar to NFC. This is a dual SIM handset featuring an array of sensors including ambient light, accelerometer, proximity, and e-compass.

Panasonic India Managing Director Manish Sharma said at the launch, “Panasonic India has exclusively tied up with Amazon in order to cater to the changing needs of the Indian consumers. With an aim to make technology accessible to all, this partnership not only reinforces our commitment to meet the consumer demands on-the-go but also amplifies our reach to a larger audience.”

What are your initial impressions of the Panasonic Eluga Icon? Will you be making this your next smartphone purchase? Why not let us know by sending us your comments.