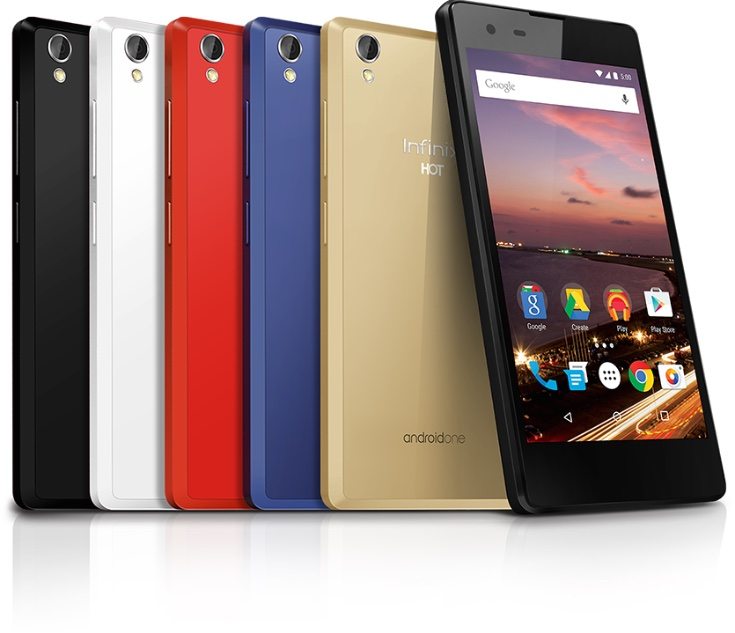 Google’s Android One initiative offers very affordable smartphones running the latest versions of Android with timely updates. So far we’ve seen launches of phones in countries such as India, Bangladesh, Pakistan, and other parts of Asia. Now the Infinix Hot 2 Android One phone has released for Africa, as Google extends the program further.

It was only a matter of time before Android One phones started to release for other continents, and Africa will be a huge additional market. Google has partnered with fast-growing African brand Infinix, and the Hot 2 is launching in Egypt, Ghana, Ivory Coast, Kenya, Morocco, and Nigeria. Those countries have a combined population of around 379 million, giving some idea of the scale of potential new customers for Android One phones.

Infinix Hot 2 specs include a 1.3GHz MediaTek quad-core processor, a 5-inch display with HD resolution of 1280 x 720, and 16GB of internal storage. One variant has 1GB of RAM and another offers 2GB of RAM. Further specs are an 8-megapixel rear camera, a 2-megapixel front-facing camera, and a 2200 mAh battery.

It’s a dual SIM handset with FM radio and runs the Android 5.1.1 Lollipop operating system, upgradable to Android 6.0 Marshmallow at a later date. The price of the Infinix Hot 2 1GB RAM model in Nigeria is NGN 17,500, equivalent to around $87. Meanwhile the 2GB RAM model is priced at NGN 19,500, around $97.

The 1GB version comes in black, blue, red or white colour choices while the 2GB variant is only in a gold colour. Over the coming weeks the Infinix Hot 2 will also be released in further African countries. Are you pleased to hear of the Android One program reaching further markets? What are your thoughts on the Infinix Hot 2 for Africa? Let us know with your comments.