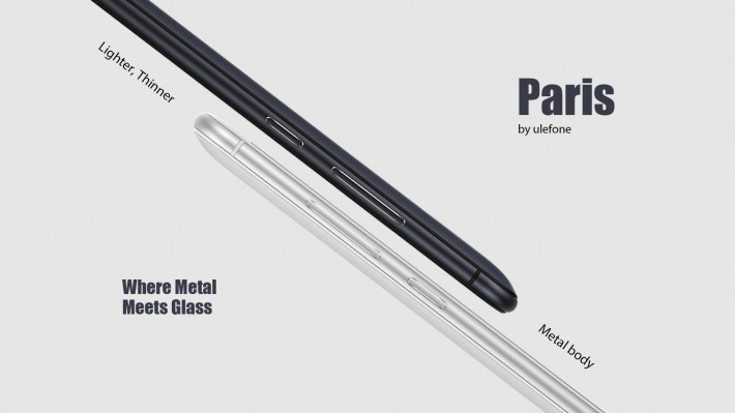 The Ulefone Paris has been popping up over the past few months, but we weren’t sure when it would arrive. Well, the Ulefone Paris release date is almost here as the company has announced it will launch next week.

The Ulefone Paris is Ulefone’s answer for consumers that want a stylish but affordable smartphone that is easy to handle. That means the company opted for a 5-inch handset this time around with a resolution of 1,920 x 1,080. This allowed them to go with components that line up with the “easy to handle” theme they are shooting for with the Ulefone Paris.

Display size aside, the Ulefone Paris will sport a MediaTek MTK6753 under the hood, which is backed by 2GB of RAM. The 16GB of storage is a welcome addition of the device as well, and it is expandable so you won’t have to rely on the cloud. The rear camera clocks in at 13MP while the selfie-snapper is a respectable 5MP sensor. Connectivity options weren’t mentioned, but you’ll get a 2,250mAh battery and Android 5.1 out of the box.

Oddly enough, Ulefone didn’t give us the overall dimensions of the handset but it looks like the iPhone and a half-dozen other similar smartphones. That’s not a knock on the design either, as it’s a good looking gadget that shouldn’t dent the wallet. Stay tuned, and we’ll keep you updated as we learn more about the Ulefone Paris price and availability.