The Xiaomi Mi 4c gets benchmarked and certified 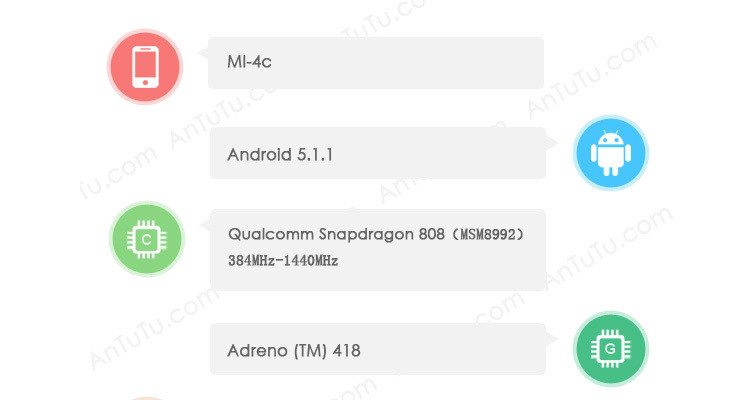 Manufacturers love cranking out variants, and Xiaomi is no different. A device believed to be a variant of the Mi 4 has just shown up online with interesting specs and it’s called the Xiaomi Mi 4c. 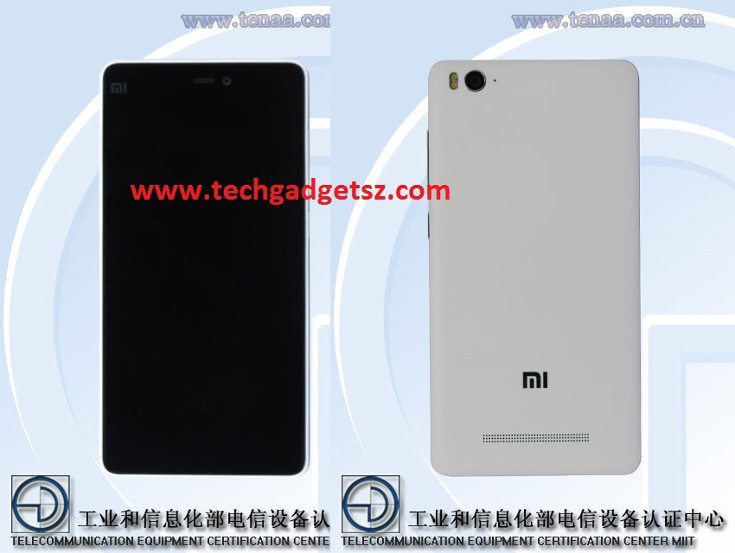 The Xiaomi Mi 4c looks to be a cheaper version of the Mi 4 with a 5-inch FHD display and one of the new Snapdragon 808’s under the hood. The storage capacity is shown to be 16GB and you’ll get 2GB of RAM to work with instead of the 3GB found on the regular model. The rear camera stays the same at 13MP, but the front-facing snapper dips down to a 5MP sensor.

As for the measurements, the Xiaomi Mi 4c clocks in at 138.1mm x 69.6mm x 7.8mm with a weight of 130.35grams. That’s a bit smaller and lighter than the original, and while we don’t know the size of the battery, it would explain the difference in weight and thickness. Last but not least, are the connectivity options which are said to include Wi-Fi, Bluetooth 4.0, 3G, GPRS/EDGE, and 4G LTE. 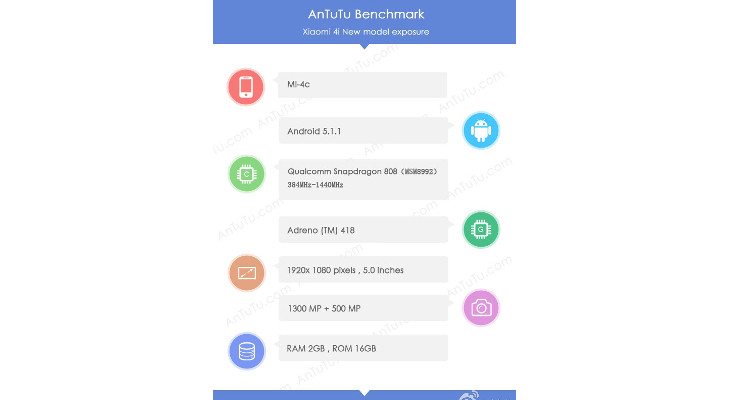 As you’d expect, we have no idea of the Xiaomi Mi 4c price or availability at this time. It should roll out to the usual regions whenever it lands, and it’s expected to be cheaper than the regular version to as well.

Would you like to see the Xiaomi Mi 4c come to your region?