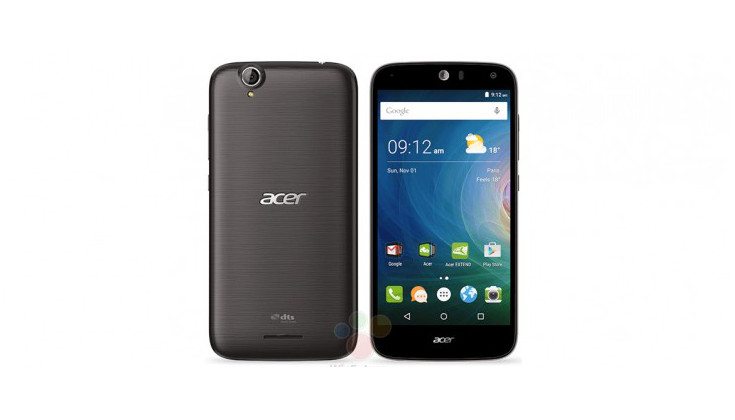 IFA kicks off in Berlin at the beginning of next month, and Acer is one of many set to show off new tech. The Acer Liquid Z530 and the Acer Liquid Z630 are said to be two new handsets bound for the big show, and new leak has spilled the beans on their specifications.

Acer went phablet with the Acer Liquid Z630, so you’ll get a 5.5-inch slab of glass with a resolution of 720p. A 1.3GHz quad-core MediaTek MT6735 will provide the power with some help from 2GB of RAM, and the storage capacity is listed at 16GB with a microSD card slot mentioned as likely. Rounding things out is a 8MP/8MP camera combo, Dual-SIM connectivity, 4G LTE, and a large 4,000mAh battery.

As for the Acer Liquid Z530, it’s almost a carbon copy of its big brother. The processor, RAM, and connectivity options stay the same while the display shrinks down to a 5-inch 720p panel. We’re not sure on the cameras or battery size for the Z530, but it’s said to come with two storage options of 8GB or 16GB. That’s all we know for now aside from the fact that both handsets will run Android 5.0 and come in Black or White.

Specs aside, pricing is what generally makes or breaks a smartphone and the new Acer smartphones will be affordable. The Acer Liquid Z630 price is said to come in at around â‚¬200 while the smaller Acer Liquid Z530 price is thought to be around â‚¬150.

Would you be interested in the Acer Liquid Z630 and Liquid Z530 if the rumor price tags are true?