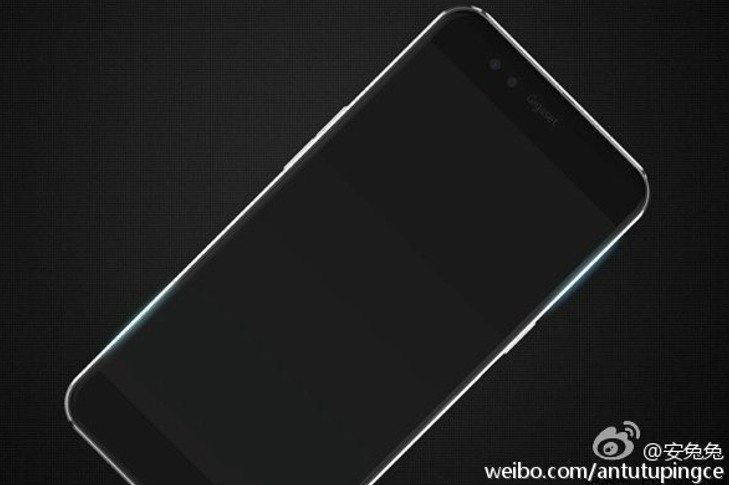 It has been a long time since we covered anything with the Gigaset branding, but the company appears to have a new handset in the works. The Siemens Gigaset GS55-6 has just gotten benchmarked, and we’ve got a few pictures of the smartphone as well.

It was way back in 2008 when we last covered something from Gigaset, and the Siemens Gigaset GS55-6 is definitely a modern device, even if it’s a bit on the small side. The photos don’t show its backside, but the handset will have a metal band around the outside and no home button so you’ll be going the capacitive route.

According to the benchmark listing, the Siemens Gigaset GS55-6 will have a 4.7-inch display with a resolution of 1,920 x 1,080. The chip powering the show is listed as an octa-core Snapdragon 810 which is backed by 3GB of RAM. You’ll get 32GB of storage to work with as well, and a 16MP/8MP camera combo will round things out.