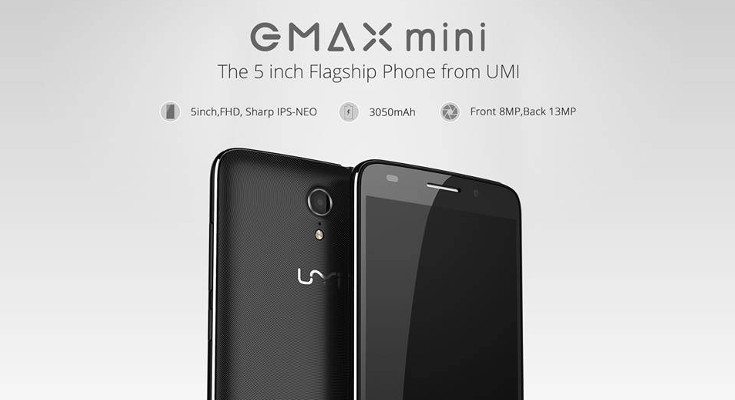 UMi isn’t a brand we’ve covered often, but we’re back with news of a device that may be worth a look. The UMi eMax mini is being teased by the company and it’s set to be their first handset to sport a Snapdragon chip.

The UMi Hammer S was the last smartphone from UMi to cross our radars. The UMi eMax mini isn’t as large as the Hammer, but it is a little beefier than that handset in a couple of areas. As mentioned, it will also UMi’s first smartphone to use a Snapdragon processor, and while we know it’s an octa-core chip, they haven’t told us which one yet.

The first UMi eMax mini teaser touched on the processor running the show, but the second one actually gives us a look at the device and a few more specs. The eMax mini will have a 13MP sensor on its backside to go along with a large 8MP snapper on the front for selfies. It’s not as small as the mini moniker implies either considering it has a 5-inch IPS display with a resolution of 1,920 x 1,080. Last but not least, is a 3,050mAh battery to help keep the lights on.

We don’t know the UMi eMax mini price at this time, but you can expect it to be affordable like the rest of the company’s handsets. Stay tuned, and we’ll keep you in the loop as we learn more about the UMi eMax mini specifications and pricing.