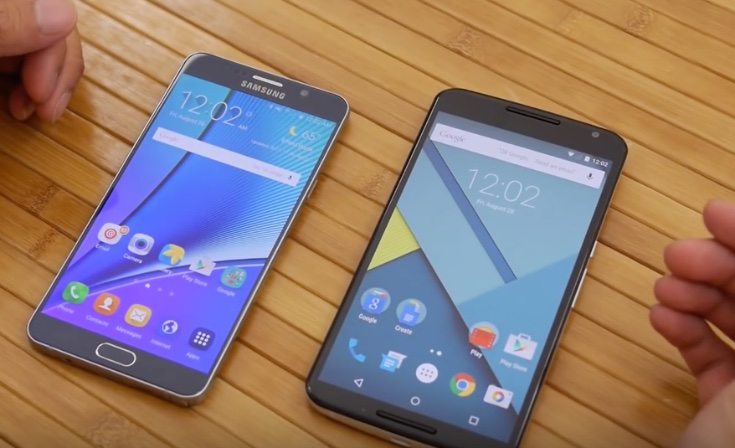 The new Samsung Galaxy Note is always one of the biggest launches every year, and the Galaxy Note 5 has recently hit the shelves. The latest Note has some top-notch specs, but some loyal fans of the line were disappointed about the non-removable battery and lack of microSD storage expansion. It’s time to put it up against another phablet, and we’re showing a comparison of the Samsung Galaxy Note 5 vs Nexus 6.

The Galaxy Note 5 has a 5.7-inch display and last year’s Motorola-made Google Nexus 6 has an even larger screen size of 5.96-inches. Therefore if mammoth handsets are your preference, both of these could be on your radar. You can check out much more on the Note 5 or Nexus 6 in our previous articles on them from the links provided, but sometimes a video comparison can be a really useful way of seeing how two top phones stack up against each other.

We’ll start with a brief reminder of some key specs of each before we get to the video. The Samsung Galaxy Note 5 has an Exynos 7420 octa-core processor, a 5.7-inch display with Quad HD resolution of 2560 x 1440, and 4GB of RAM. It has a 16-megapixel rear camera, 5-megapixel front-facing camera, and 3000 mAh battery. It launched running the Android 5.1.1 Lollipop operating system with Samsung’s TouchWiz, and comes with the use of the S Pen stylus. 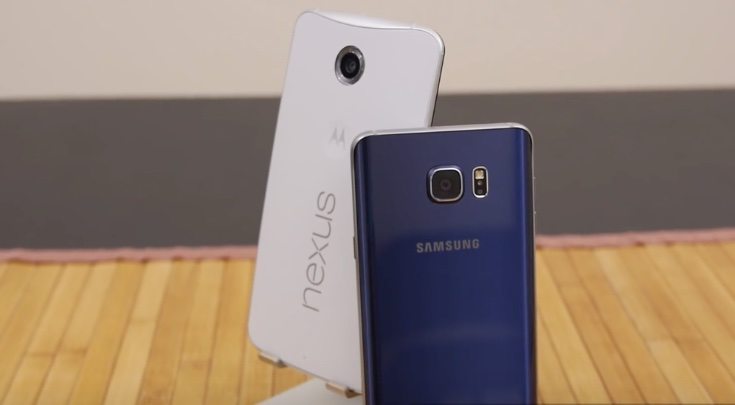 On the other side of the coin the Motorola Nexus 6 has a Snapdragon 805 quad-core processor, a 5.96-inch display with Quad HD resolution, and 3GB of RAM. It has a 13-megapixel rear camera, 2-megapixel front-facing snapper, and 3220 mAh battery. It launched on virtually stock Android 5.0 Lollipop, upgradable to Android 5.1. Both phones have internal storage options of 32 or 64GB (both non-expandable), and both have non-removable batteries.

Beneath this article we’ve positioned a YouTube video from Phone Arena that shows an insightful comparison of the Samsung Galaxy Note 5 vs Nexus 6. It begins with discussing the designs of each and this is handy for some close-up looks of the handsets from all angles. The comparison then covers many different aspects such as the displays, software experience, performance, and camera capabilities (with image samples and video footage).