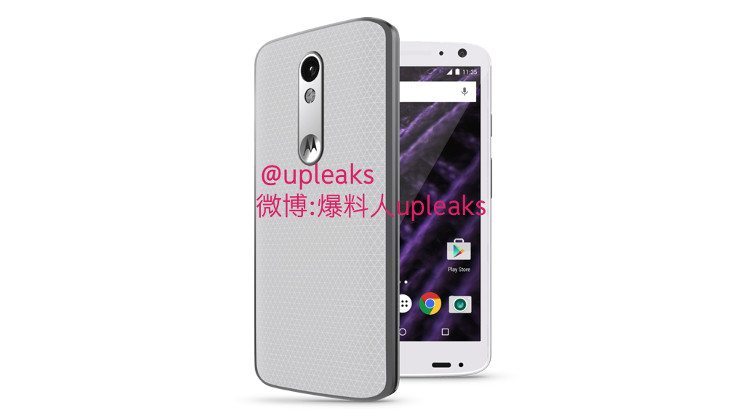 Unless you’ve been dwelling under a rock, you’re probably aware that Motorola dropped three new handsets for their 2015 Moto lineup. Well, the Motorola Bounce may be the fourth and it could be headed our way before 2016 rolls around.

We assumed Motorola would be done for the year once the new Moto 360’s are announced. If a new rumor from @upleaks pans out, that may not be the case. The Motorola Bounce is current code name of the handset, and while we don’t know if that will be its final moniker, it’s said to be “Shatterproof” so it should be able to take a bit of a beating.

The Motorola Bounce is tipped to be a smaller version of the company’s flagship, so it will have a 5.43-inch panel but will keep the QHD resolution. As for the processor, you’re looking at the Snapdragon 810 coupled with 3GB of RAM and your choice of 32GB or 64GB of internal storage. On the rear of the Bounce, you’ll find a 21MP camera while the front sports a 5MP snapper. Last but not least, is a larger battery that clocks in at 3,760mAh.

The new leak didn’t give any information on the Motorola Bounce price or what bands it will use, so we’re not sure if this will be another semi-regional release or a global device. It could also be a carrier exclusive — it’s just too early to tell. Whatever it is, we should learn more soon if it’s legit as the smartphone is rumored to arrive in December.