Samsung Galaxy Grand On, Mega On one step closer 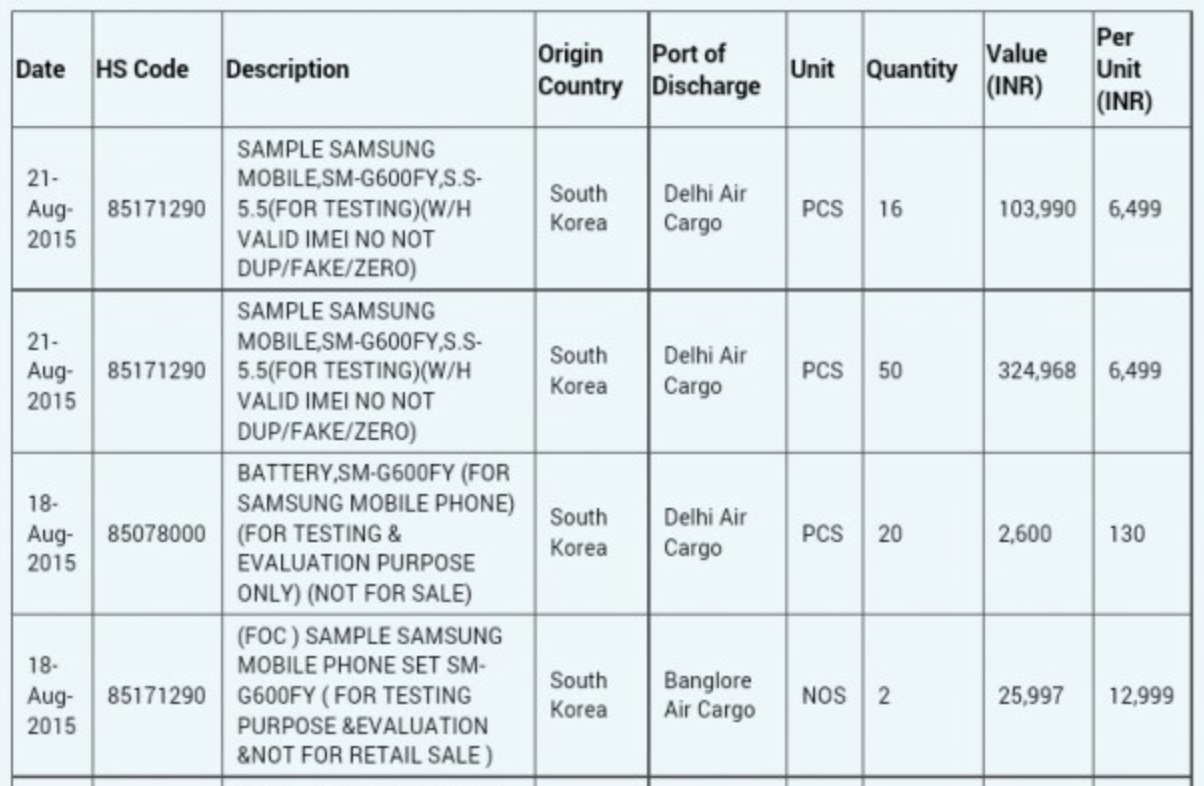 Last week we gave details of specifications that had leaked for both devices, and the specs of the Samsung Galaxy Mega On were later reiterated from a benchmark appearance. There has been nothing said about possible release dates so far, but now both devices have been imported to India for testing.

The Samsung Galaxy Grand On (SM-G550) and the Galaxy Mega On (SM-G600) have both shown up on Zauba, an Indian import website. This database often reveals sightings of rumored devices, and both have been listed on the database as arriving in the country in limited numbers for testing. Of course testing is one of the later stages before the eventual launch of a device so they may not be too far away from a release.

The database listing also confirms the previously tipped display sizes of a 5-inch display for the Samsung Galaxy Grand On and a 5.5-inch screen size for the Galaxy Mega On. Unit values for these devices are given as Rs. 6,641 for the Grand On and Rs. 6,499 for the Mega On but we’ll stress that these prices very rarely reflect the actual prices on release so you’ll want to bear that in mind. They do however back up that these will be fairly low-end handsets.

Not much else can be ascertained from the import database listing but the fact that the display sizes are the same as previously leaked implies that the other leaked specs could also be accurate. For the Samsung Galaxy Grand On these include a 1.3GHz Exynos 3475 processor, HD display resolution of 1280 x 720, 1GB of RAM, and 8GB of internal storage. It’s also tipped as having an 8-megapixel rear camera, 5-megapixel front-facing shooter and 2600 mAh battery.

Meanwhile the Samsung Galaxy Mega On is rumored to have a 1.2GHz Snapdragon 410 quad-core processor, HD resolution for the display, 1GB or 1.5GB of RAM (rumors differ), and 8GB of internal memory. Further specs are said to be a 13-megapixel rear camera, 5-megapixel front-facing snapper, and 3000 mAh battery. We’ll be closely following developments of both smartphones and when we know more we’ll you know.

Are you interested in the Samsung Galaxy Grand On or Galaxy Mega On? Maybe you think this new Galaxy O series is one series too many?