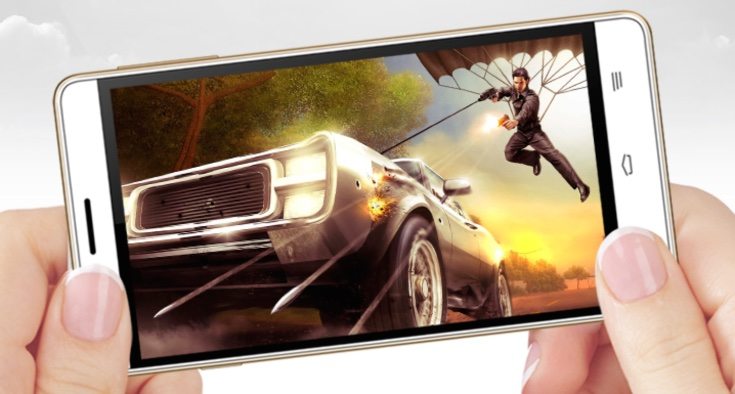 You can always be sure that a new smartphone from Intex is just around the corner. A new handset called the Intex Aqua Slice II is now listed with specs and price on the company’s India website, although it’s not on sale just yet. However, as the phone has now made an appearance online we’d expect it to be available very soon.

The new Intex Aqua Slice II is equipped with a 1.2GHz Spreadtrum SC7731 quad-core processor, with a 5-inch IPS HD display (resolution of 1280 x 720). It has 1GB of RAM, 8GB of internal storage (expandable to 32GB with microSD), and it’s a dual SIM (3G+2G) smartphone. The Slice II will release running the Android 5.1 Lollipop operating system.

For camera capabilities there’s a 5-megapixel rear camera with autofocus, LED flash, and features such as Panorama, HDR options, face recognition, geo tagging, scene detection, Best Shot and Smile Shot. The Intex Aqua Slice II also has a 2-megapixel front-facing snapper, and it’s juiced by a 2000 mAh battery said to offer up to 300 hours on standby or 7 hours talk time.

Connectivity is covered with 3G, WiFi 802.11 b/g/n, Bluetooth, GPS, and microUSB. The price of the Intel Aqua Slice II Rs. 5,999 and it comes in black, blue or white colour choices. The handset measures 141mm x 71.9mm x 8mm and it weighs only 97g. It’s worth reminding readers that a Microsoft and Intex initiative was recently announced. This offers buyers of Intex smartphones in India two free years of cloud storage space (50GB) via OneDrive.