iPad Mini 4 and all the details you need 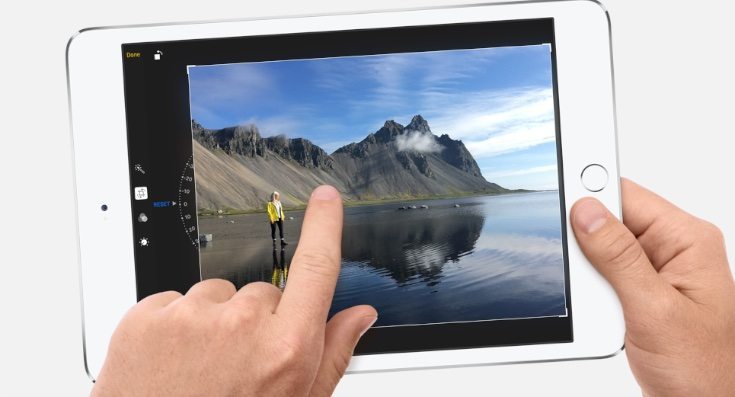 The Apple event is done and dusted and the wraps have been formally whipped off the expected new devices. One of these is the iPad mini 4 that Apple quickly glossed over in the keynote. However, the new tablet does have several advancements from the iPad mini 3. We have all the details you need so read on for more on specs as well as the price of the iPad mini 4.

The big news from the Apple event this year has focused very much on the new iPhone 6 and 6 Plus as well as the iPad Pro. The iPad mini 4 is still worth a mention though and specifications are as follows. It has a 1.5GHz Apple A8 64-bit dual-core processor, M8 motion coprocessor, and a 7.9-inch IPS LCD LED-backlit display with resolution of 2048 x 1536 resulting in 324 ppi. There’s 1GB of RAM and it comes in different storage models of 16, 64 and 128GB.

The iPad mini 4 has an 8-megapixel rear camera with 1080p video capture, a 1.2-megapixel front-facing snapper, and runs iOS 9 out of the box. Apple hasn’t specified the battery size but says it will last for up to 10 hours of web surfing on WiFi or 9 hours using a mobile data network. The newest smaller iPad measures 203.2mm x 134.8mm x 6.1mm and weighs 299g for the WiFi version or 304g for the 3G/LTE variant. It features a Touch ID fingerprint sensor and comes in Gold, Space Grey, or Silver color choices.

It’s slimmer and lighter than the iPad mini 3 and there are improved rear camera capabilities. Display resolution remains the same, but the iPad mini 4 features a zero-gap screen offering enhanced response and better picture quality. Apple claims a 30% faster processor and 60% faster graphics than with the previous iPad mini. The good news is you don’t have to wait for a release as they are on sale now.

What are your initial impressions of the Apple iPad mini 4? Will you be upgrading from your existing iPad mini to the newest version? Let us know with your comments.