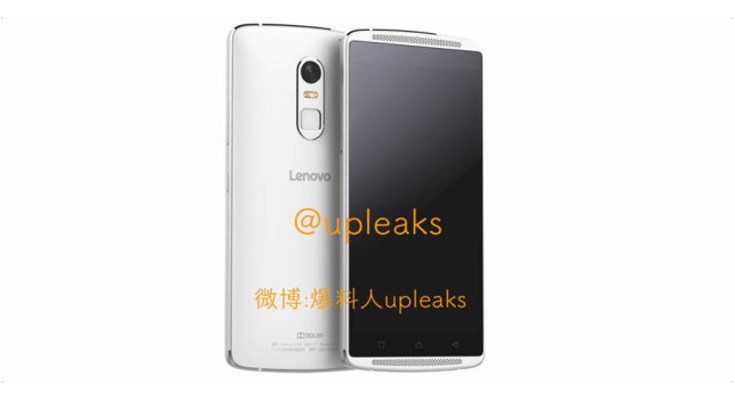 A number of unannounced devices have leaked this week, and Lenovo is joining the fray. A new render has leaked online that shows a new handset from the company, and it’s being called the Lenovo Lemon X.

Unless you’ve been dwelling under a rock, you probably already know about the Lenovo and Motorola deal. Well, the company decided they wanted to streamline things awhile back, and the Lenovo Lemon X could be one of the first products made with their new way of thinking. While the leak didn’t give us any specs, the design certainly looks like it came straight out of Motorola’s playbook.

The leaker known as @upleaks took to Twitter to reveal the render of the Lenovo Lemon X and as you can see it’s a slick handset that appears to have a metal build. We’re only saying “appears” as we’ve been fooled before, but it certainly looks like a metal chassis. On the backside, you can see the rear snapper and fingerprint scanner (Moto X anyone?) while the front sports on-screen buttons and dual front-facing speakers.

The Lenovo Lemon X is a smartphone we didn’t see coming, but one that we are eager to learn more about. The premium build and fingerprint scanner probably means it will fall somewhere in the high to mid-ranger in terms of specs although anything is possible in the wild world of smartphones.

Do you like the look of the Lenovo Lemon X?