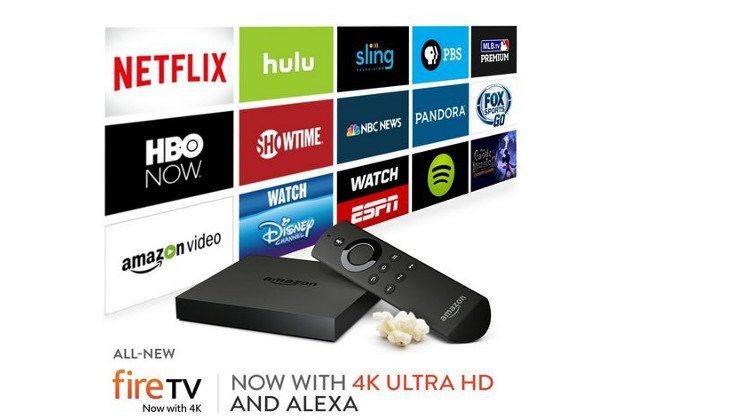 Amazon unveiled a cheap new Fire slate earlier today, but they had a couple of other devices up their sleeves. A new Amazon Fire TV was also announced, and it’s bringing some cool new features to the table.

The original Fire TV has gained some fans since it was released, and we’ve seen plenty of other set-top boxes roll out since that time. Android TV has a half-dozen or so boxes out and Apple just announced the refresh for the Apple TV last week. Amazon didn’t want to feel left out of, so they’ve gone and given the Fire TV a few new abilities.

The big draw of the new box will be its ability to handle 4K streaming, but they’ve also thrown Alexa into the mix. You can use the Echo to pull up weather, traffic, sports, music and various other things through the Fire TV with more functionality said to be coming soon. If you want something a bit more low key there’s the new Fire TV with Voice remote for $49.99, while gamers may want to consider the Fire TV Gaming EditionÂ  which comes with a couple of games, a controller and some other goodies for $139.99.

When you’re trying to separate yourself from the crowd, 4K is a good way to do that. The prices on the sets have fallen considerably, and while content can still be an issue, it’s gotten better. Needless to say, if you’re looking for a 4K streaming box, the new Fire TV is well worth a look and it’s hard to beat the $99 price tag.