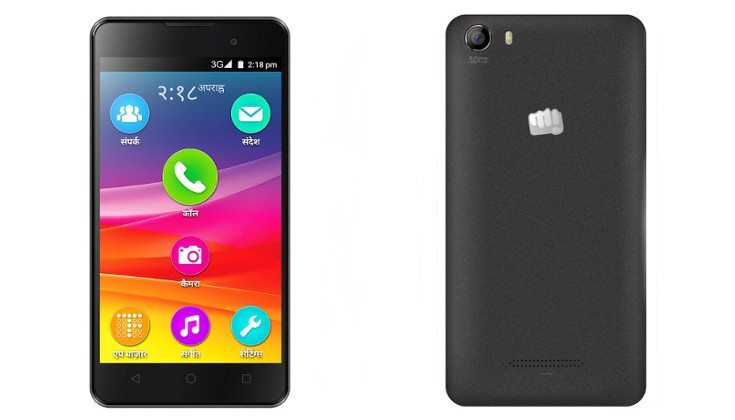 We’ve covered the Canvas Spark not long ago, but it looks like we’re getting an official sequel soon. The Micromax Canvas Spark 2 price and availability have been announced for India, and we’re here to give you the scoop on the specs…

The Canvas Spark was a mid-ranger we took a look at earlier this year, and as you might suspect, the sequel sports several similarities. The processor and several other components appear to stay the same, but there are just enough changes to help set it apart from the previous model. One of those changes comes into play with the display, which has grown a bit to a 5-inch panel with a resolution of 854 x 480. Unfortunately, it’s all downhill from there.

The same 1.3GHz quad-core chip powers the Micromax Canvas Spark 2, but the storage capacity dips down to 4GB compared to the 8GB found in the Spark Q380. The rear camera clocks in at 5MP with an LED flash while the front-facing snapper is listed at 2MP. We’re unsure of the RAM at this time, but the rest of the Micromax Canvas Spark 2 specs include Dual-SIM connectivity, Wi-Fi, Bluetooth, an 1,800mAh battery, and Android 5.1.

Micromax has slapped a price tag of Rs. 3,999 on the Micromax Canvas Spark 2, and it’s set to debut as a Snapdeal exclusive. The handset will be available to purchase starting September 30th at noon via flash sales, and registrations begin on September 23rd if you’re looking to pick one up.