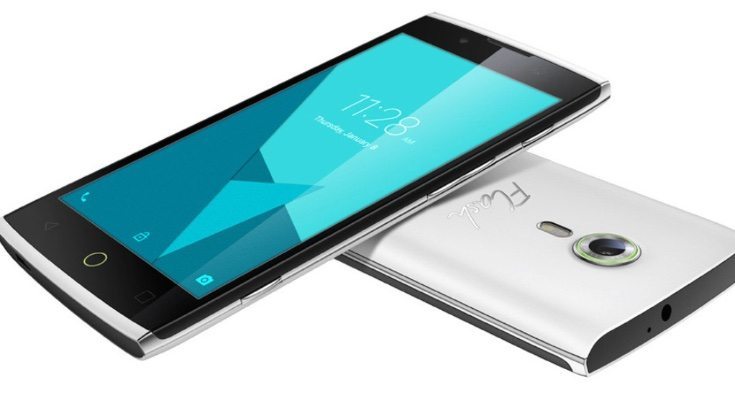 The Alcatel OneTouch Flash 2 has just been made official and will release this month in various markets. We have details of availability and specifications of this camera-centric smartphone, so read on for much more about this new device.

The company has not announced the Alcatel OneTouch Flash 2 price yet, but it shouldn’t be too much longer until there’s news on that. For now Alcatel says that the phone will be available in Indonesia, Malaysia, the Philippines, Thailand, Singapore, and Vietnam and says it will be sold via Lazada, an online retailer. For readers in India we’re informed that the phone will soon be available exclusively through Flipkart.

The handset has contoured sides and a curved back for a good feel in the hand. Specifications of the Alcatel OneTouch Flash 2 include a 1.3GHz MediaTek MT6753 64-bit octa-core processor, Mali-T720 graphics, and a 5-inch display with HD resolution of 1280 x 720 resulting in 294 ppi and with 178-degree viewing angle.

It has 2GB of RAM and 16GB of internal storage, expandable via microSD to 128GB. There’s a 3000 mAh battery, while connectivity is covered with 4G LTE, 3G HSPA+, WiFi 802.11 a/b/g/n, Bluetooth 4.0, and GPS. It’s a dual SIM handset that runs the Android 5.1 Lollipop operating system. The Alcatel OneTouch Flash 2 smartphone comes in Volcanic Grey or Mica White colors.

On to the camera specs and you’ll find a 13-megapixel rear camera. It has a dual-tone LED flash, a Samsung S5K3M2 ISOCELL sensor, f/2.0 aperture, and 5P lens with blue glass optical filter, as well as phase detection autofocus, 80-degree wide-angle, and 1080p video capture. On top of this you’ll get a 5-megapixel front-facing shooter featuring Soft LED flash, OV5648 1/4” sensor, and f/2.2 aperture.

Does the Alcatel OneTouch Flash 2 seem like a smartphone that you might purchase if it releases in your region?