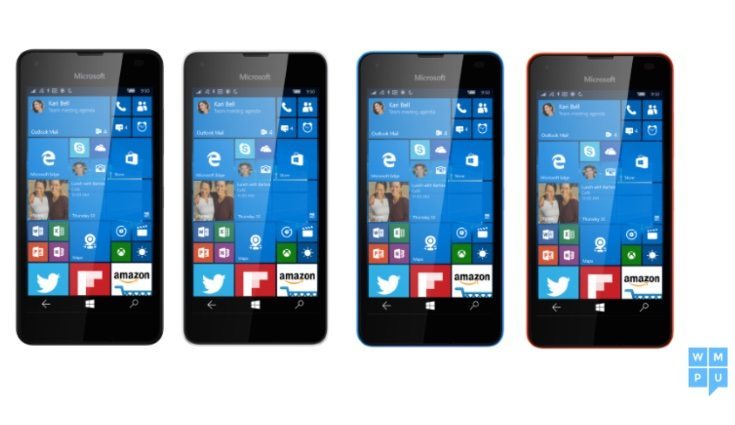 We know that many readers are eager to get their hands on the upcoming Microsoft Lumia 950 and Lumia 950 XL that are likely to be made official at the Microsoft October 6th event. These will be high-end Windows 10 Mobile smartphones but we should remember that there’s also a huge market for more affordable handsets.

This is where the Microsoft Lumia 550 comes into play, and it’s possible that this one could also be unveiled at the event early next month. The latest leak on this phone includes images that are purported to be the Lumia 550 in four different color choices of Black, Bright Blue, Bright Red, or White. The handset has the familiar Lumia styling that we are used to, so no surprises there.

The recent specs leak on the Microsoft Lumia 550 was said to come from a Microsoft distributor’s database. These unofficial specs include a 1.1GHz Snapdragon 210 quad-core processor, 4.7-inch AMOLED display with HD resolution of 1280 x 720, 1GB of RAM, and 8GB of internal storage. There’s also a 5-megapixel rear camera and 1.2-megapixel front-facing snapper,

There’s now also a mention of Cat.4 LTE support offering up to 150Mbps download speeds and 50Mbps upload speeds. We should say that the source of this leaked picture claims that the renders are legit and that the above specs are confirmed. However, we’ll say caution that until the device is made official we cannot confirm the veracity of the leaks so far.

Given the growing number of leaks on this phone it seems likely that we’re not too far away from a release, and we hope to hear more on that on October 6th. In the meantime we’re always interested in what you have to say. Do you like the look of the Microsoft Lumia 550?