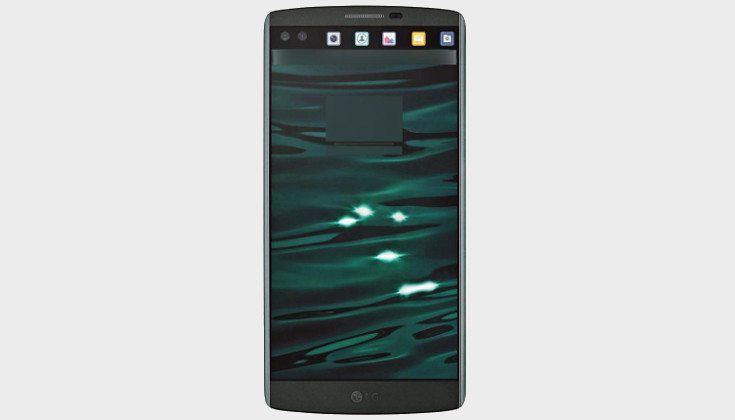 An interesting new smartphone rolled through TENAA earlier this month with the LG-H968. The device has since come to be called the LG V10 or the LG Ticker due to a unique feature on the front panel. Thanks to a new leak, we’ve got another slick imageÂ of the LG V10 Ticker.

The semi-retired @evleaks has taken to Twitter with a new image that shows the same smartphone that rolled through TENNA several weeks ago. While we only get to see the front this time, it’s the device said to be the LG V10 Ticker and it’s a smartphone you’ll want to pay attention to if you want a new take on notifications.

Little is known about how the LG Ticker will work, but you’ll be able to get ticker style notifications built into the top of the display. As for those dual-cameras, we still have no idea what they’ll do aside from taking photos, but we are definitely intrigued. Details are still sparse when it comes to the LG V10 specs, but it’s believed to sport a large 5.7-inch 2K display with a Snapdragon 808 and 3GB-4GB of RAM. A fingerprint scanner, 16MP rear camera and 64GB of storage also make the list of rumored specs.

We aren’t sure what the final name of the LG V10 will be or if the Ticker moniker will even come into play considering the “V” branding on the backside. That should change soon, as the company is expected to unveil the handset to the world on October 1st at a big event in the NYC.