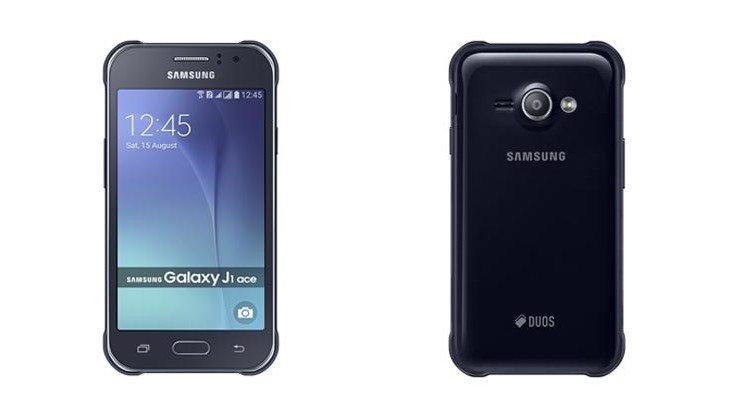 Samsung seemingly has no shortage of mobile devices in their arsenal, and the Samsung Galaxy J1 Ace is one of them. The smartphone has just appearing on the company’s official site, and it comes with a price tag of Rs. 6,300.

The Samsung Galaxy J1 Ace is a phone aimed at folks on a budget, and it’s release comes on the heels of the Samsung Galaxy Core Prime VE that in the region. The J series is one of the company’s more affordable lines, and that means you’ll get mid-range components to go along with that low price tag.

Samsung decided to go small with the Samsung Galaxy J1 Ace, as it sports a 4.3-inch Super AMOLED display with a resolution of 480 x 800. Beneath the small panel of glass, you’ll find a dual-core chip clocked at 1.3GHz and backed by 512MB of RAM. As you’d suspect, the storage capacity is listed at only 4GB, but expandable up to 128GB with a microSD card slot. 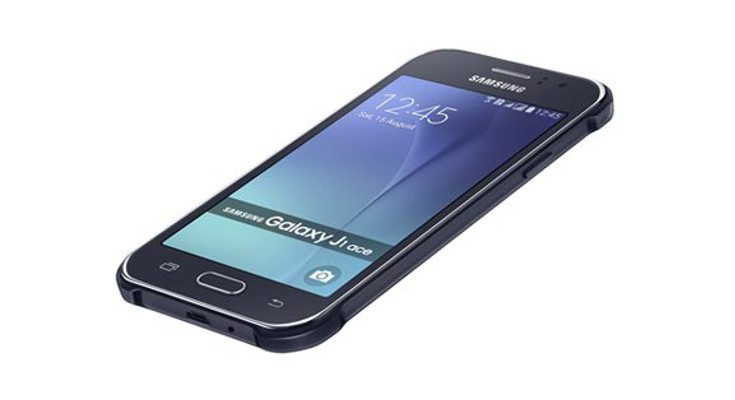 While the Samsung Galaxy J1 Ace may be small, it’s not necessarily svelte with measurements of 130.1mm x 67.9mm x 9.5mm. In the camera department, the handset sports a 5MP sensor with an LED flash on its backside to go along with a 2MP camera on the front. Connectivity options include Bluetooth, Wi-Fi, GPRS/EDGE, A-GPS, and 3G. The Dual-SIM Samsung Galaxy J1 Ace will draw its juice from a 1,800mAh battery and is listed as running Android 4.4 out of the box.

The Samsung Galaxy J1 Ace is currently listed on Samsung’s official site for Rs. 6,300 which shakes out to around $95 in the states. If you’re interested in picking one up, you’ll have three colors to choose from with Blue, White, and Black.