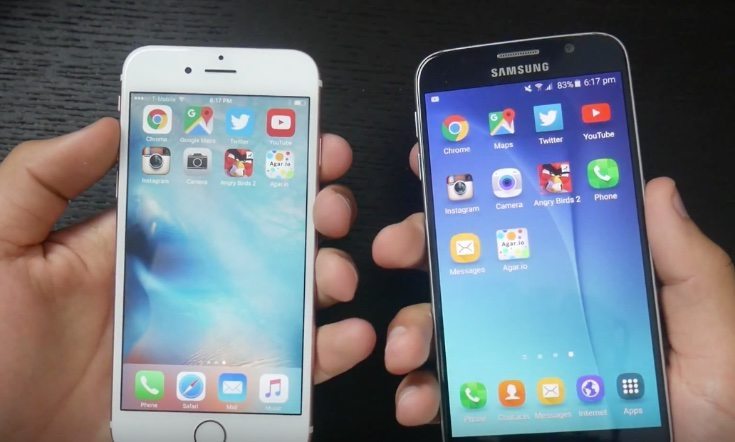 The first buyers of the Apple iPhone 6S and 6S Plus are now beginning to get to grips with their devices after the official release yesterday. It’s always good when a new iPhone finally arrives as we can then start to compare them more comprehensively with other top handsets, such as Samsung’s flagship Galaxy S6. Today we’re looking at the iPhone 6S vs Galaxy S6 in a camera performance comparison.

There is always fierce competition between the iOS and Android platforms and many people will choose one or the other simply because they favor one of these platforms. Others might be more open to either operating system though, and so further factors might come into play. For many people a smartphone is now their primary camera, and if you are one of those buyers then it’s a good idea to see how they compare in this respect.

Basic camera specs of the iPhone 6S are a 12-megapixel rear camera with phase detection autofocus, dual-LED flash, and 2160p video capture. It also has a 5-megapixel front-facing shooter. The Samsung Galaxy S6 on the other hand carries a 16-megapixel rear camera with autofocus, LED flash, optical image stabilization and 4K video capture, and it also has a 5-megapixel front-facing camera. Both phones are packed with various other camera functions and features. 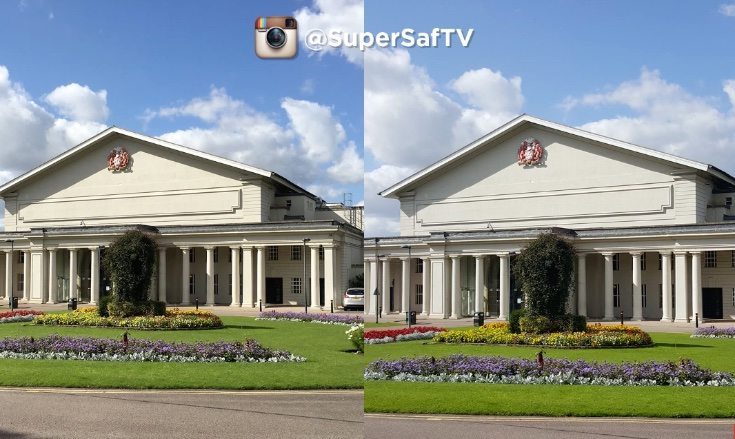 Beneath this article we’ve embedded a video from SuperSaf TV, one of our favorite YouTube contributors. This iPhone 6S vs Galaxy S6 camera comparison takes in both front and rear-facing cameras in a variety of conditions such as indoors, outside, and low light. As well as sample shots it also contains video footage taken with both smartphones. The video introduction is shown in split screen so that it’s easy to compare the results. You’ll also see an audio symbol that switches from one side to the other so that you can compare audio as well.

The next part shows side-by-side video taken outdoors, and also tests out the results of optical image stabilization with the S6. You’ll then see the difference between video without OIS on the iPhone 6S and that of the iPhone 6S Plus that does feature OIS. After checking out video capture the test moves on to images. These are also shown in split-screen but there’s a nice twist here, as the images are not immediately labelled. This allows the viewer to form an unbiased opinion before they find out which phone took which image.

For each of the shots the reviewer chooses a winner and you may or may not agree. For some of them the results are very close in quality, and personal preference will be your decider. However, for other images one is very clearly superior to the other, though this is not always from the same phone. It’s a tight race but at the conclusion of the testing an overall winner is picked. We’re not going to mar your enjoyment of the video comparison by telling you which smartphone triumphed here. However, we’d really like to hear your views once you’ve taken a look.

Which is your winning smartphone for camera performance in this testing of the iPhone 6S vs Galaxy S6? Did any particular camera aspects stand out for you with either of these smartphones? Let us have your comments.