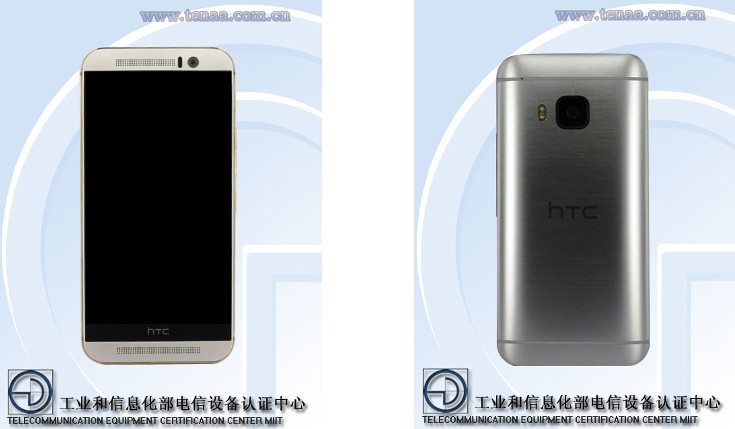 We all know HTC is going to unveil a new smartphone in the near future with the HTC Aero. The HTC One M9e has just appeared through a new TENAA listing, and while it isn’t the flagship many hope for, it’s a bit of a throwback when it comes to the design.

HTC has been in the news a lot this year, and it’s generally not been good news when it comes to their mobile devices. Their flagship went over like a lead balloon for many of their fans, but the company hopes to right that ship with their somewhat mysterious upcoming handset. The HTC One M9e isn’t it, but it does sport a familiar style…

The TENAA listing shows the HTC One M9e with dimensions of 144.6mm x 69.7mm x 9.61mm and a weight of 157grams. While it only has a 5-inch FHD panel, it isn’t slim but will have plenty of pop thanks to a 64-bit octa-core chip clocked at 2.2GHz. There’s 2GB of RAM under the hood as well, and the storage capacity is listed at 16GB but expandable up to 128GB through the usual means.

On the backside of the HTC One M9e, you’ll find a 13MP sensor with a Dual-LED flash while the front houses a 4MP Ultrapixel snapper. The BoomSound speakers are still present, and connectivity options include Bluetooth 4.1, Wi-Fi, GPS, and 4G LTE. There’s no mention of the battery size, but the handset zoomed through TENAA running Android 5.0.

We can’t keep track of how many variants HTC has released this year, but the HTC One M9e will soon join that list. It remains to be seen if it will see a global release under another moniker, but the model shown will be available in Black, Gray, Silver or Gold when it arrives.