The Oppo A33 passes through TENAA with a Snapdragon 410

We’ve seen plenty of high-end handsets this week, so now we’re going to slow it down and take a look at something different. The Oppo A33 has just made its way through TENAA certification and it’s set to be a budget offering for consumers in the region.

Normally when we cover Oppo, the devices have funky cameras and very solid specifications. They are generally easy on the eyes as well as Oppo is known for the style. The Oppo A33 would be difficult to pick out of a lineup aside from the branding and the specs are on the low end of the spectrum as well.

According to TENAA, the Oppo A33 will have a 5-inch panel with a resolution of 540 x 960. Beneath the glass resides a 64-bit Snapdragon 410 clocked at 1.2GHz and backed by 1GB of RAM. The storage capacity is actually better than expected at 16GB and it’s expandable through the usual means. As for the cameras, you’ll get an 8MP snapper on the back and a 5MP sensor on the front. 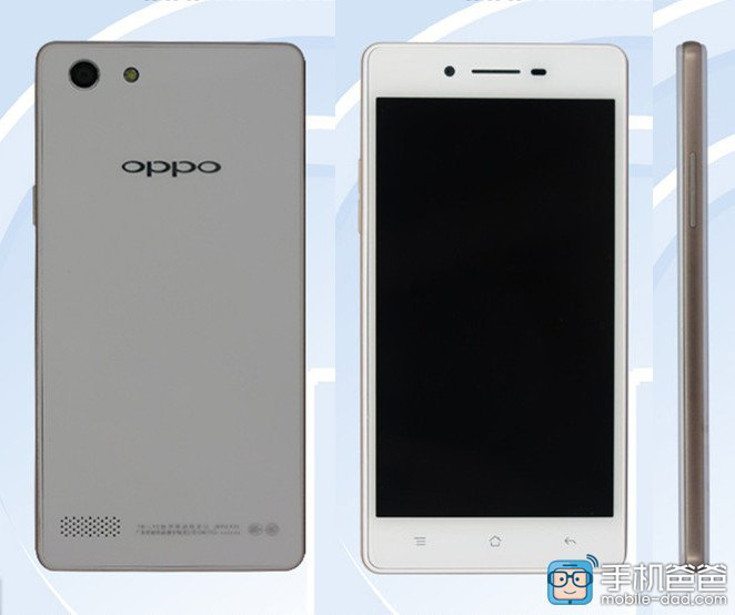 The Oppo A33 measures 142.7mm x 71.7mm x 7.55mm and has a weight of 145grams. It’s of average size for its class and sports all the usual connectivity options including Wi-Fi, Bluetooth, Dual-SIM, and 4G LTE. As is the case with most TENAA listings, we don’t know the size of the battery in the Oppo A33, but we do know it passed through certification running Android 5.1.1.

The Oppo A33 is bound for China, and it’s anyone’s guess whether it will arrive in other locales or remain in the region. Pricing is up in the air, but the rumor mill expects the handset to cost the equivalent of around $125.