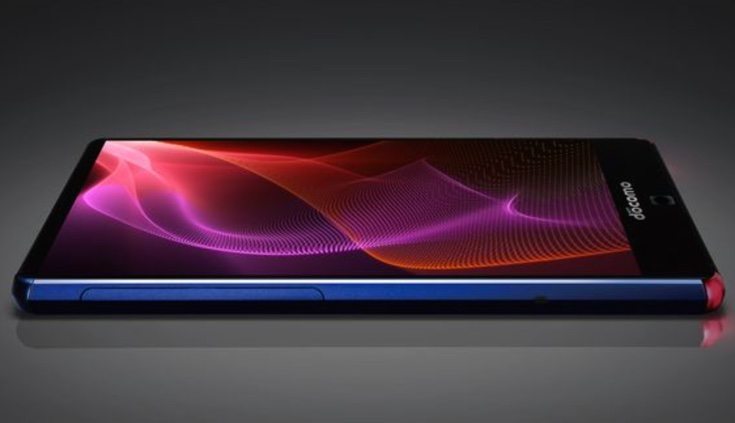 Sharp has been busy unveiling phones for its winter 2015 /spring 2016 lineup on NTT DoCoMo, and one of these devices is the Sharp Aquos Zeta SH-01H. This has been introduced with the official specs, and coming right up we have full details of those along with color options and availability news.

Beginning with the specifications, the Sharp Aquos Zeta packs a Snapdragon 808 hexa-core processor (4 cores at 1.4GHz and 2 at 1.8GHz), Adreno 430 graphics, 3GB of RAM, and 32GB of internal storage that can be expanded with microSD card to 200GB. It has a 5.3-inch IGZO display with Full HD resolution of 1920 x 1080 resulting in 416 ppi and featuring Corning Gorilla Glass 4. 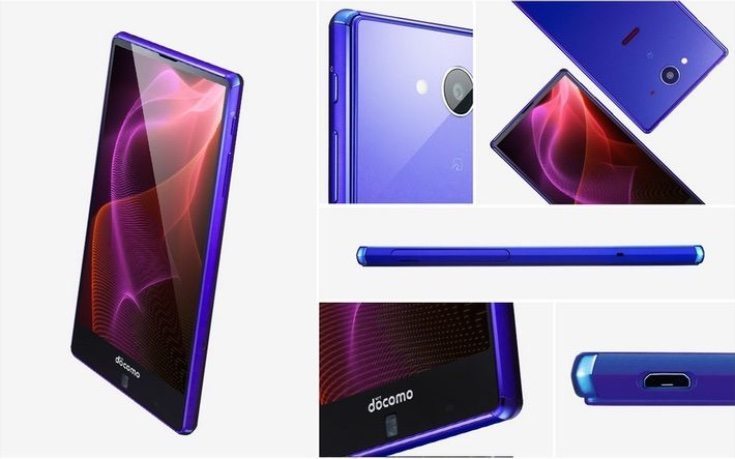 The phone features a fingerprint sensor on the reverse and is dust and water resistant to IP55/IP58 certification standards. The Sharp Aquos Zeta measures 139mm x 74mm x 7.9 — 8mm, and it weighs 151g. It employs the EDGEST design with minimal bezels, so that the front-facing camera unit is positioned below the display. It will release on NTT Docomo in early November and will be on sale in black, blue, or magenta color options.

The price of the smartphone has not been announced at this point. Give us your thoughts on the Sharp Aquos Zeta SH-01H by sending in your comments.