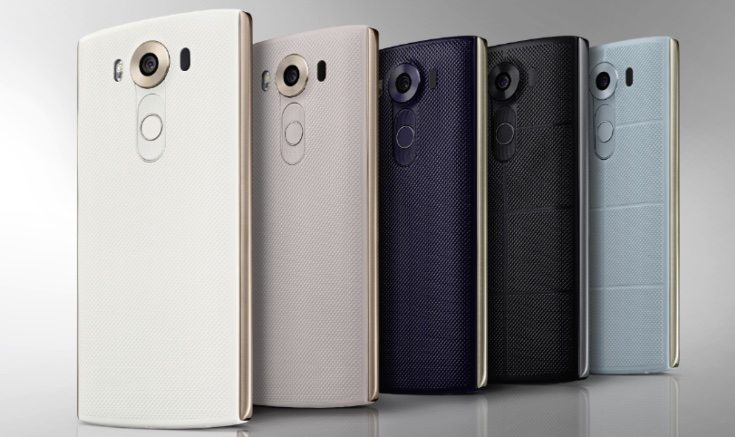 One device that has really got tongues wagging recently is the LG V10 smartphone. This has also been dubbed the LG Ticker because of a secondary ticker display feature, and only yesterday we showed leaked renders of the device to whet our appetites. We knew it was being unveiled today and the LG V10 specs have now been made official, so read on for all the gen on this dual screen phone.

The LG V10 is a smartphone for the top end of the market that will release in Korea this month. It will also launch in the US and China and further markets in Asia, the Middle East, and Latin America at some point in the future. It’s a good-looking handset with a 316L stainless steel frame and dual-layer Gorilla Glass 4 protecting the display. The reverse uses a Dura Skin material similar to silicon.

Undoubtedly the highlight of the phone is the 2.1-inch ticker display above the main screen. It features an always-on mode to display app shortcuts and more, and this secondary screen has a resolution of 1040 x 160. The main screen is a 5.7-inch display with QHD resolution of 2560 x 1440 resulting in 513 ppi. Further specifications of the LG V10 include a Snapdragon 808 hexa-core processor, Adreno 418 graphics, 4GB of RAM, and 64GB of internal storage that can be expanded via microSD. 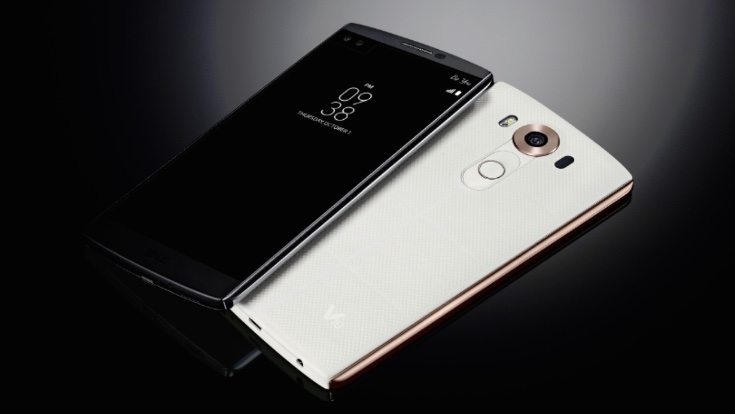 More specs of the LG V10 are a 16-megapixel rear camera with laser autofocus, f/1.8 lens, OIS 2.0, and manual controls for video. There’s also a dual-camera set-up for the front, both at 5-megapixels. One of these uses a standard angle lens and the other has a wide-angle lens for selfie lovers. For juice there’s a removable 3000 mAh battery, and the phone features a full array of connectivity options and Hi-Fi DAC. It will release running the Android 5.1.1 Lollipop OS.

The phone also has a fingerprint sensor incorporated into the power control. The LG V10 measures 159.6mm x 79.3mm x 8.6mm and it weighs in at 192g. Buyers will have a choice of 5 colors for the handset, Modern Beige, Space Black, Ocean Blue, Opal Blue, and Luxe White. For a closer look at the LG V10 you might like to check out an official YouTube video introduction for it that we’ve positioned below. The price of this new LG smartphone for individual markets has not yet been announced.

We’re pretty intrigued by the LG V10 as it offers something a little different from the norm. It will be good to see it in the flesh when it becomes available, and in the meantime we’d like to hear your views on this new LG smartphone. Are you going to make the LG V10 your next device choice if the price is right?