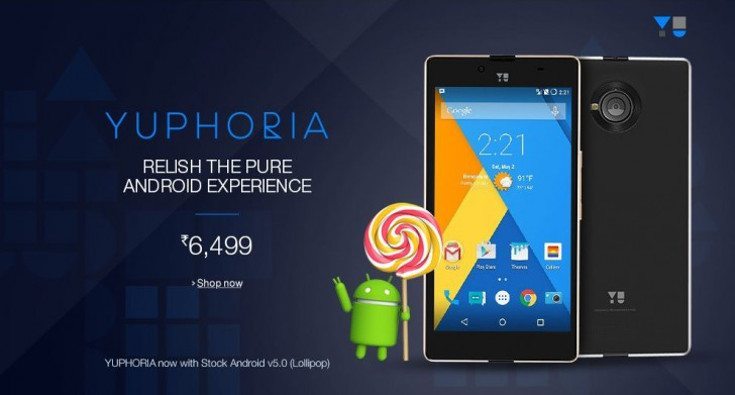 The Yu Yuphoria has been a popular device since it was first released, and while the company has moved on to more impressive smartphones, the Yuphoria is getting an update of sorts. A Yu Yuphoria price cut has been announced, and a new OS is coming along for the ride as well.

Much has been made about Cyanogen’s partnerships with various manufacturers, but their time with Yu has seemingly come to an end. The company has announced that they are rolling out the Yu Yuphoria with “pure” Android 5.0 under the hood, and to mark the occasion while pulling in some new customers they’ve decided to shave a few bucks off the price.

The new Yu Yuphoria is the same as the old device, but with a new model number (YU5010A) and Android 5.0. That means you’ll still get the same 5-inch 720p display to go along with a 64-bit Snapdragon 410 and 2GB of RAM. The storage is listed at 16GB but expandable up to 32GB through the usual means while the camera combo clocks in at 8MP/5MP. Other options to note include 4G LTE, A-GPS, Quick Charge 1.0, and a 2,230mAh battery.

The Yu Yuphoria specs are nothing special… until you consider the price. The Yu Yuphoria price is now listed at Rs. 6,999 in India, which shakes out to around $107/â‚¬96. The phone is currently ready to roll through Amazon.in if you are interested in picking one up.