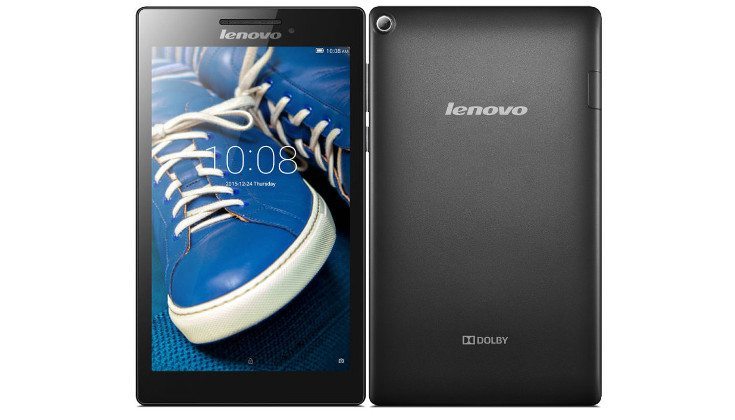 Like its brethren, the Lenovo Tab 2 A7-20 is a slate built for the budget crowd, so there’s nary a fingerprint sensor or QHD panel in sight. That said, you will get Dolby Audio thanks to a pair of front-firing speakers and it’s hard to argue with a price tag that shakes out to around $84 bucks in the states.

The Lenovo Tab 2 A7-20 comes with a 7-inch IPS panel sporting a resolution of 1,024 x 600. The processor running the show is listed as a 1.3GHz quad-core MediaTek chip which is helped along by 1GB of RAM. As you’d expect, you’ll get 8GB of internal storage to work with, but it’s expandable up to 32GB with a microSD card.

On the backside of the Lenovo Tab 2 A7-20, you’ll find a 2MP snapper while the front-facing camera utilizes a tiny 0.2MP sensor. Connectivity options for the slate include Wi-Fi, Bluetooth 4.0, USB OTG, and Micro-USB. You’ll get a 3,450mAh battery to help keep the lights on, and the tablet is listed as running Android 4.4 out of the box.