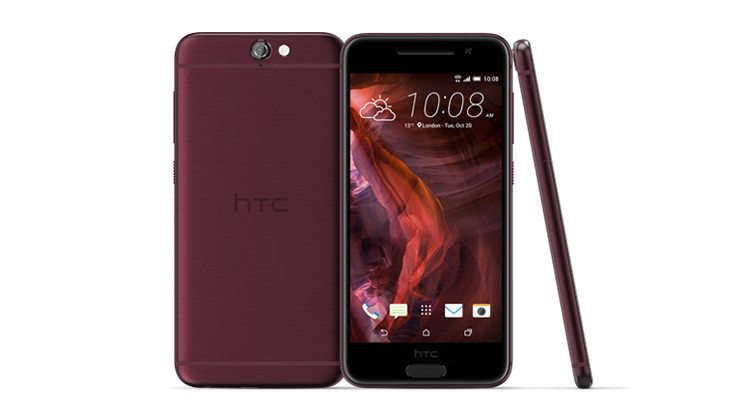 The HTC One A9 has been in the rumor mill more often than most smartphones in the latter half of the year, but today it finally became official. The HTC One A9 price is cheaper than expected, and the specs are right in line with the good old rumor mill.

After disappointing millions with their yearly flagship, HTC released more variants than you can shake a stick at. The HTC One A9 looks to be one of their last smartphone releases of 2015, and they’ve taken a different approach this time around. Will it be enough to turn the tide for the company’s struggling smartphone division? We’ll let you decide after taking in the HTC One A9 specifications.

The HTC One A9 will sport a 5-inch FHD panel and measures 145mm x 70.8mm x 7.26mm with a weight of 143grams. A new 64-bit Snapdragon 617 will run the show along with 2GB of RAM and 16GB of storage on the base model while the beefier variant has 3GB of RAM and 32GB of storage. Both let you expand up to 2TB through a microSD card.

In terms of features, the HTC One A9 has built-in DAC and improved audio courtesy of Dolby Hi-Res Audio. There’s a fingerprint sensor as well, and you can expect the usual dose of software (including RAW imaging) for the 13MP rear camera and the UltraPixel front-facing snapper.

Connectivity options for the HTC One A9 include Bluetooth 4.1, NFC, Wi-Fi and 4G LTE. The smartphone is powered by a 2,150mAh battery with quick charge 2.0 tech and runs Android 6.0 out of the box with speedy updates handled by HTC for the unlocked edition. If they can pull that off, it will be a big selling point as nobody wants to wait for updates.

The HTC One A9 price for the 3GB/32GB edition currently sits at $399 if you pre-order one now. It appears that’s a promotional price, and while they didn’t announce the base model HTC One A9 price, it’s assumed to be $399 once it arrives. Needless to say, you’ll want to take advantage while you can if you One A9 seems like the right choice for you. The device will roll out in November, and it’s already up for pre-order in three different colors from HTC in the states.