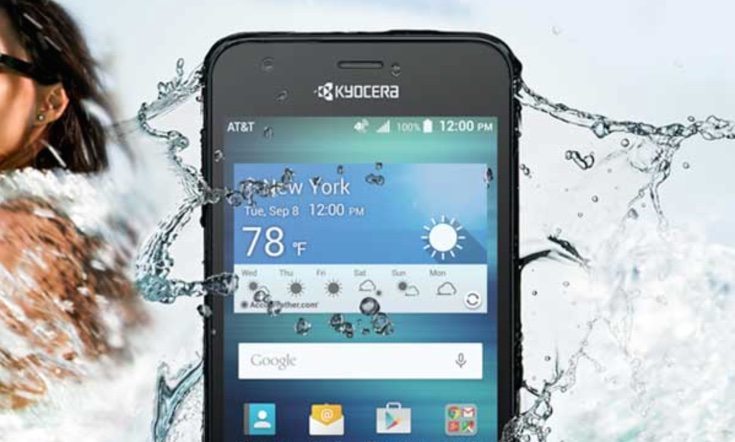 The Kyocera Hydro Air is a new affordable smartphone that has a very low off-contract price but has compromised on specs to provide ruggedness. It has been announced for AT&T and although specifications aren’t the greatest, it should certainly provide durability. It could therefore be a viable choice for buyers who put their handsets through the mill and need one that will withstand the elements.

The price of the entry-level Kyocera Hydro Air is $99.99 on the carrier’s GoPhone prepaid mobile service. That includes free shipping. Specs of the phone include a 1.2GHz Snapdragon quad-core processor (chipset unspecified), a 5-inch IPS display with 960 x 540 resolution, 1GB of RAM, and 8GB of internal storage (expandable to 32GB via microSD).

The Hydro Air has a 5-megapixel rear camera with flash, 2-megapixel front-facing snapper, a 2300 mAh battery with energy saving features, and 4G LTE connectivity. It runs the Android 5.1 Lollipop operating system with some Kyocera customization. Specs are nothing to get too excited about, but for the money they’re not bad. The more interesting elements of the phone come in the protection it offers. 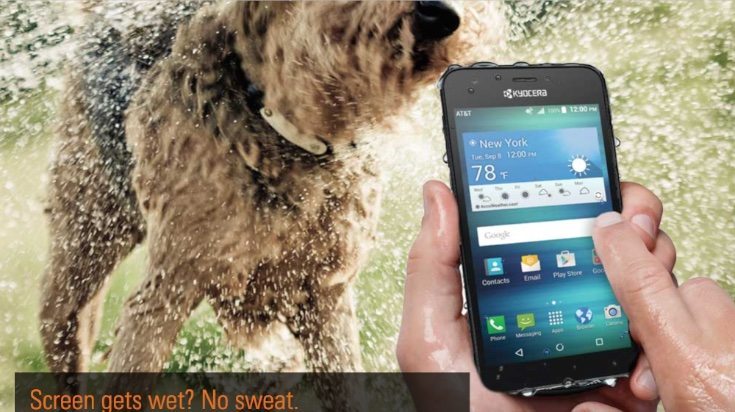 The rugged Kyocera Hydro Air meets Military Standard 810G certification standards to protect against shock and drops. It’s water-resistant to IP57 standards so it can endure water immersion for up to 30 minutes in depths of up to 1 meter. It also features Wet Touchscreen Operation meaning that the screen can still be used while wet, and it has an impact-resistant touchscreen.

The phone measures 143.8mm x 72.8mm x 10.9mm and weighs 147g. You can see Kyocera’s claims about the phone and more detail at the source link below and it can be purchased from Walmart. What do you think of what the Kyocera Hydro Air has to offer for its low prepaid price? Could you be tempted to purchase this water-resistant smartphone?