Samsung Galaxy A5 and A3 2nd gen models in testing 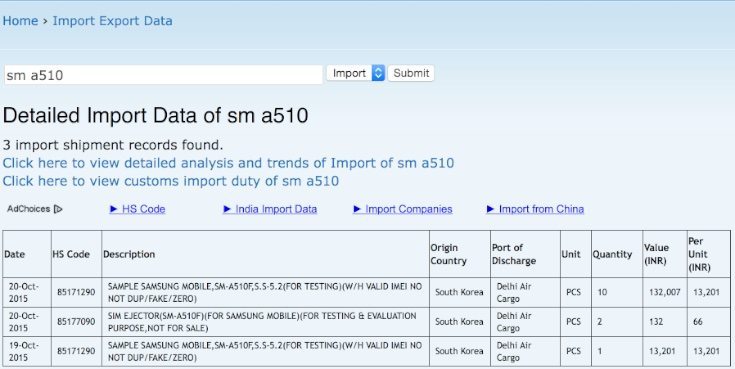 Many readers will be familiar with the Samsung Galaxy A3 and A5 smartphone that released in the later part of last year. These were popular more affordable Samsung handsets, and now it appears that new versions are on the way. A sighting has revealed Samsung Galaxy A5 and A3 2nd gen models are in testing. 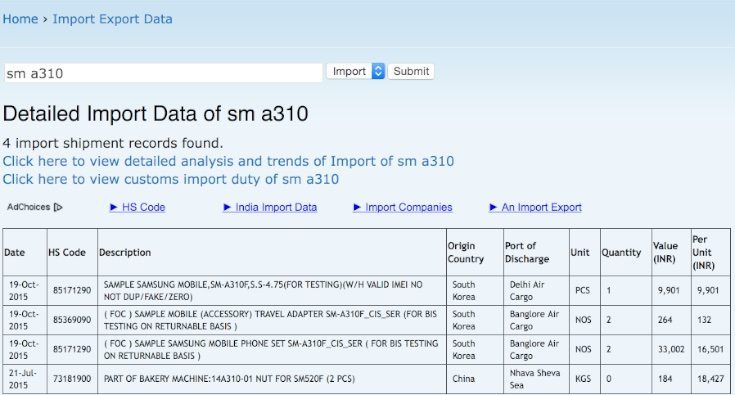 This is around the time that we’d expect to see the successors to the A5 and A3. This sighting of the new Galaxy A5 and A3 is a promising sign, as it signifies that the devices are one step closer to a launch. It’s not clear what the ‘F’ in the model numbers of the upcoming handsets signifies, but no doubt that will become evident before too much longer.

The listing also reveals some final snippets of information about possible pricing. The next-generation Samsung Galaxy A5 is shown with a price of Rs. 13,201 while the 2nd gen Galaxy A3 has a value of Rs. 9,901. We should be clear that these are not the final prices of these phones and they are both likely to have a higher retail price. Nevertheless they do give us some idea of the price range they will be in.

We’ll keep readers in the loop with more leaks and news, and in the meantime it would be good to receive your comments. Do you hope that the Samsung Galaxy A3 and Galaxy A5 2nd gen smartphones release before too much longer?