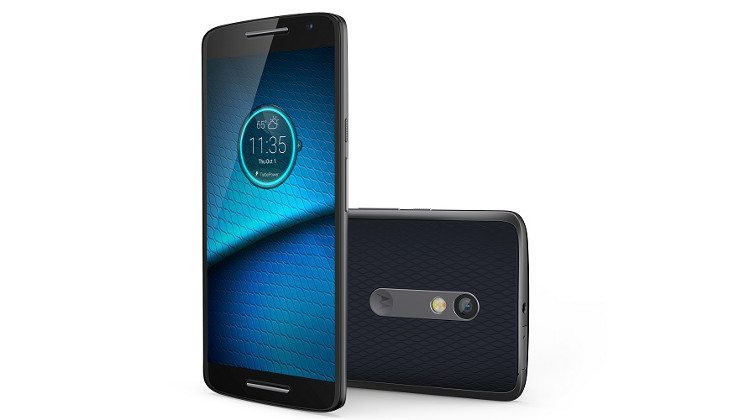 Big Red introduced two new smartphones today and while we’ve already taken a look at the Droid Turbo 2, it’s time for the Droid Maxx 2 to shine. It may not be as beefy as its sibling, but it will certainly get the job done at half the price.

Whereas the Droid Turbo 2 is considered a flagship, the Droid Maxx 2 falls somewhere between the mid to high-end of things as it’s a clone of the Moto X Play. That means you’re looking at a slightly larger 5.5-inch panel with a resolution of 1,920 x 1,080 instead of the QHD panel found on the Turbo 2. The processor is listed as a 64-bit Snapdragon 615, which will get some help from 2GB of RAM and the storage capacity clocks in at 16GB.

The Droid Maxx 2 isn’t going to be the most svelte device around with a weight of 169grams, but that’s largely in part to its 3,630mAh battery. It has the same TurboPower charging as the Droid Turbo 2 and features a similar 21MP rear snapper and 5MP front-facing sensor. All the usual suspects are present in the connectivity department, and it’s listed as running Android 5.1 out of the box.

Verizon will have the Droid Maxx 2 ready to roll on October 29 at retail shops and online. The Droid Maxx 2 price is set at $384 unlocked or at $16 per month on a 24-month contract if you’re interested in picking one up.