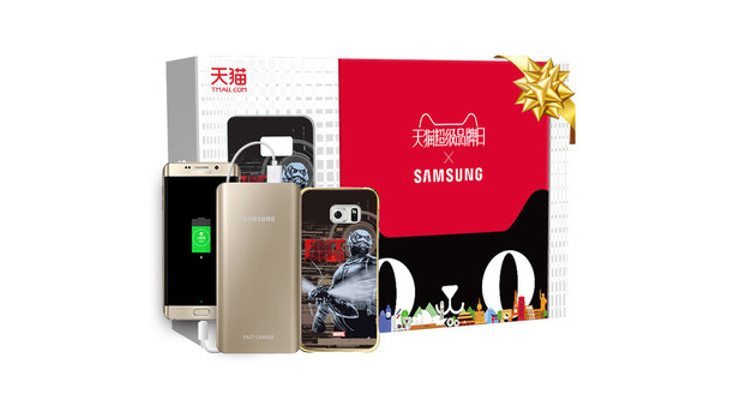 Earlier this year Sammy surprised us with the Iron Man edition of their flagship, and now they’re back with another Avenger. The Samsung Galaxy S6 Edge+ Ant-Man edition has been unveiled, but only for consumers in China.

If you were impressed with the Galaxy S6 Edge Iron Man edition, we have a feeling you’re going to be a little let down by the follow-up. Whereas the previous superhero-themed device has a special chassis and charger, the Samsung Galaxy S6 Edge+ Ant-Man edition does not. In fact, it doesn’t appear to be very special at all aside from the packaging and a protective case.

The Samsung Galaxy S6 Edge+ Ant-Man edition is the same as the regular version of the handset, so there are no extra bells & whistles other than what we’ve already mentioned. As the product shots aren’t the best, there could be an Ant-Man theme onboard along with ringtones or various other bits of flair. Then again, it could just be the retail box and themed case…

While Ant-Man isn’t the biggest hero in the Marvel Universe, we certainly feel he deserves better than the Samsung Galaxy S6 Edge+ Ant-Man edition. Unless we’ve missed something, it’s just a quick way to try an lure consumers in with an overpriced Marvel tie-in — it’s something console gamers should be very familiar with.Â  If you reside in China or just have to have the Samsung Galaxy S6 Edge+ Ant-Man edition, you can pick one up for 5,888 Yuan, which shakes out to around $926 in the states.