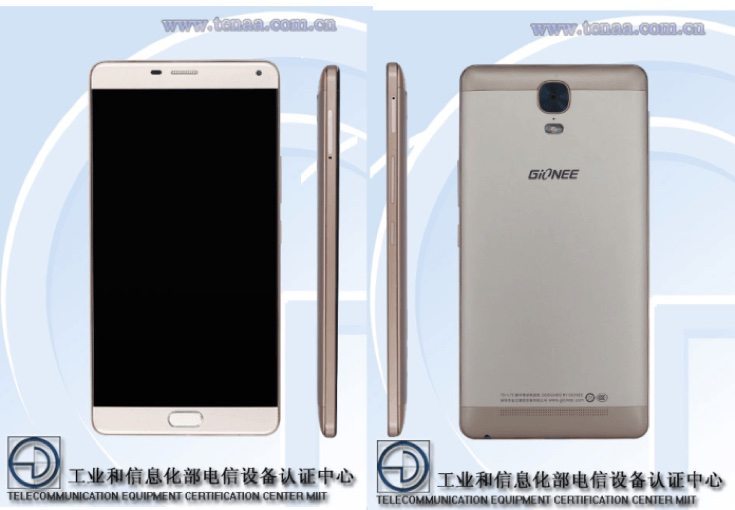 Gionee produces a steady flow of new smartphones and earlier in the month the Gionee GN5001L, GN5002, and GN8001 all made an appearance in China’s 3C certification process. Now the Gionee GN8001 has also appeared at Chinese regulatory authority TENAA, and the filing shows some of the key specs.

Very often when we see upcoming devices go through certification this signifies that an official launch is closing in. The TENAA spot shows the Gionee GN8001 to have a 1.3GHz octa-core processor and 6-inch AMOLED display with Full HD resolution of 1920 x 1080.

The device has 3GB of RAM and 32GB of internal storage that can be expanded via microSD to 128GB. Camera capabilities are a 5-megapixel front-facing camera and there’s some ambiguity over the main rear camera. The listing states suggests it will have a rear camera of either 8-megapixels or 13-megapixels.

Connectivity will be covered with 4G LTE/3G, Bluetooth, GPS, and USB, and the device is running the Android 5.1 operating system. The Gionee GN8001 is in a silver color but the filing doesn’t disclose the battery size. The handset is said to measure 160.7mm x 81mm x 8.2mm and it weighs in at 206g.

The TENAA filing also includes some images of the handset as shown here. The upcoming Gionee GN8001 phablet has some decent high-end specs, and following certification we can expect it to be officially announced before too much longer.

Does the Gionee GN8001 smartphone sound like a device that you might like to own? We’ll bring more news on this upcoming device as it comes to us, so stay tuned for more. In the meantime why not give us your first thoughts about the phone in the comments box below.