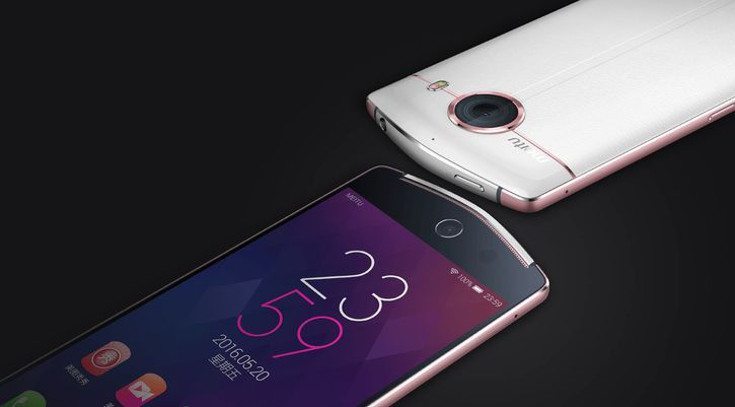 We often talk about smartphones with unique designs, but most carry the same look these days. Apparently, nobody told the folks at Meitu that as the Meitu V4 has a design called the Double V, which becomes clear as soon as you see the handset.

The Meitu V4 crossed our radars back in September when it passed through TENNA certification. It was an odd-looking smartphone with a couple of large sensors, but those photos didn’t put it in the best light. Now that the Meitu V4 is official, we’re getting another look at the smartphone up close, and it’s got some style if you can get around the pointy dimensions.

Selfies are the selling point of the Meitu V4 as it sports a massive 21MP sensor on the front. That’s by far the largest front-facing camera we’ve covered, and they’ve doubled the fun by putting a 21MP camera on the back as well. The rest of the Meitu V4 specs walk that fine line between mid-range and flagship thanks to a 5-inch FHD panel, and an octa-core MediaTek chip backed by 3GB of RAM. 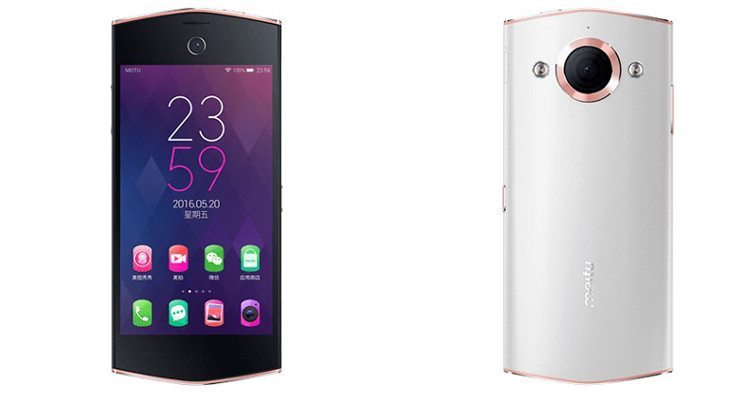 The Meitu V4 is going to have plenty of power under the hood, and you will ample space for those high-resolution photos with 64GB of internal storage. All the usual bells & whistles are present in the connectivity department with the addition of 4G LTE. The battery is listed at 2,160mAh, and it will rock Android 5.1 with the MeiOS 2.5 on top.

To call the Meitu V4 interesting would be a bit of an understatement. The smartphone isn’t going to be confused for a Galaxy S6 or the iPhone, and that big front camera should make it the king of the selfie hill. The Meitu V4 price is expected to be around the equivalent of $375 if you’re thinking about tracking one down.