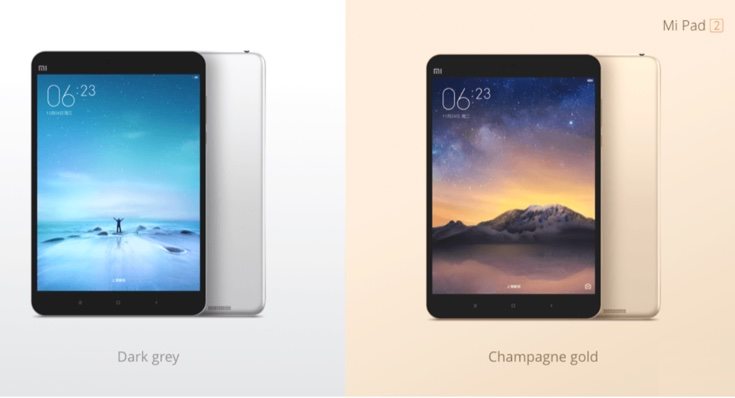 A Xiaomi event is taking pace in China today and we’ve already seen the official reveal of the Redmi Note 3 smartphone. Now it’s the turn of the Mi Pad 2, which has also just been shown off. The Xiaomi Mi Pad 2 will be available in both Android and Windows 10 versions, and we have pricing and specs details coming right up.

The successor to the Xiaomi Mi Pad will launch in China and certain other Asian markets. It’s possible that the release may spread to further regions at some point though there’s nothing official on that just yet. It has a sleek design and a competitive price and runs the Android 5.1 Lollipop-based MIUI 7, and Xiaomi says that the Windows 10 variant will be available by the end of the year.

Further specifications include an 8-megapixel rear camera (no flash), 5-megapixel front-facing snapper, 6190 mAh battery with support for fast charging, WiFi 802.11 ac, and USB Type-C. The tablet measures 132.6mm x 200.4mm x 6.95mm and measures 322g, so it’s a nicely slim device. It has a metal build and will be sold in Champagne Gold or Dark Grey colors.

Some readers will think of importing the Xiaomi Mi Pad 2 while others might hope that the competitively priced tablet releases to further markets. What are your first thoughts on this new tablet from Xiaomi?