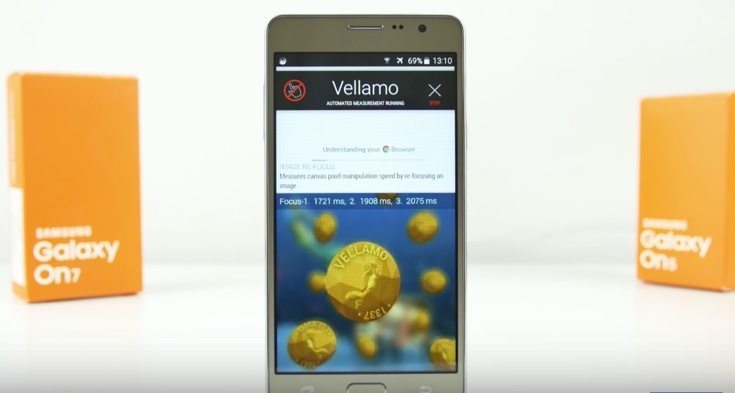 The Samsung Galaxy On7 recently released in China and since then has also launched in India. It’s one of Samsung’s more affordable smartphones so is a fairly low-end device, and therefore it will perhaps be interesting to see how it performs in certain areas. For this we’re showing Samsung Galaxy On7 benchmarks compared and gaming in a useful video.

Key specs of the Galaxy On7 include a 1.2GHz quad-core processor, Adreno 306 graphics, and a 5.5-inch display with HD resolution. There’s 1.5GB of RAM and 8GB of internal storage, and it has a 13-megapixel rear camera, 5-megapixel front-facing camera, and 3000 mAh battery. It runs the Android 5.1 Lollipop operating system. For further details you might like to take a look at our recent Galaxy On7 vs. Galaxy J7 specs comparison.

The video below this article comes from Fone Arena and gives a good idea of the phone’s performance starting with benchmark tests and results. The tests involved are AnTuTu 5, Vellamo, GeekBench 3.0, GFXBench, and 3DMark Ice Storm Unlimited. After each test is conducted you’ll see the scores attained in the Samsung Galaxy On7 benchmarks. Those scores are then positioned on tables showing how they compare with some other handsets.

Just a few of the other phones that the Galaxy On7 is compared with are the Moto G 3rd gen, Yu Yuphoria, Micromax Canvas Sliver 5, and Samsung Galaxy A5. To be frank the results are not that impressive against many of the other smartphones on the tables, but we don’t want to spoil the suspense for when you watch the video below. 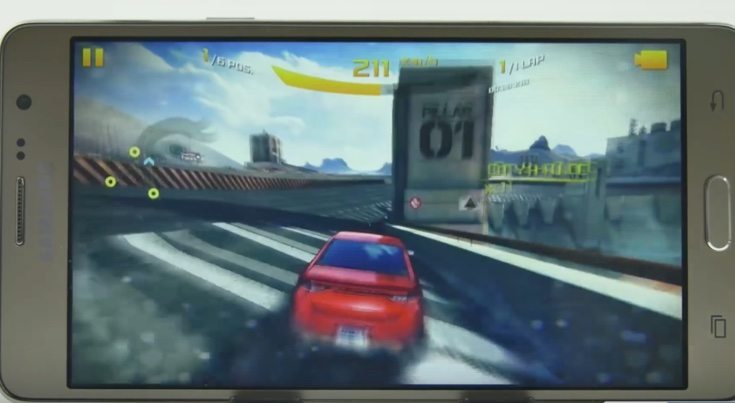 The next part of the video shows a Samsung Galaxy On7 gaming review. It shows gameplay footage from Asphalt 8, Riptide GP2, and Modern Combat 5 being played on the On7 so that you can see it in action. After all of the footage an overall rating is given for the gaming performance of the phone. Again, we won’t give away the rating it achieves, but we will say that it’s pretty good. Some readers may also be interested in a similar benchmarks and gaming look, this time for the Galaxy On5.

If you were thinking of purchasing this phone are you satisfied by the Samsung Galaxy On7 benchmarks and gaming results? Let us know with your comments.