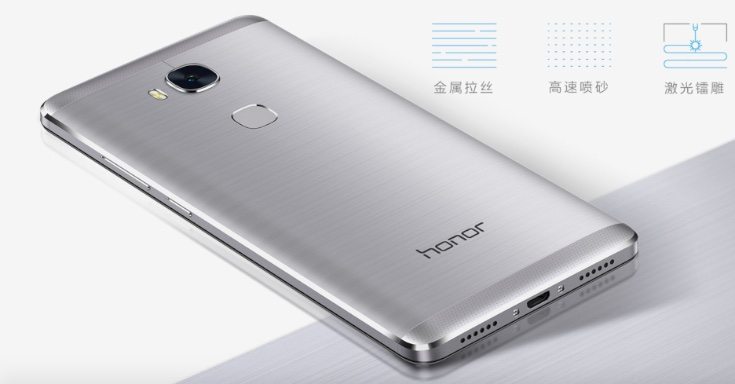 It wasn’t long ago that you would have to import a Huawei branded device if you wanted to try one in the United States. Times have certainly changed, and the Huawei Honor Play 5X release date looks to be near as it has just passed through the FCC in the states.

The Huawei Honor Play 5X was officially announced around this time last month, and it looks like Huawei has wasted no time getting it out to a larger audience. While there hasn’t been any word from the company on an official US release for the Honor Play 5X, a new FCC filing tells us we shouldn’t have to wait long.

Like many smartphones these days, the Huawei Honor Play 5X has a variant, but both will feature a 5.5-inch panel with a resolution of 1,920 x 1,080. Beneath the slab of glass, you’ll find the increasingly popular Snapdragon 615 humming along backed up by 2GB or 3GB of RAM depending on the model. You’ll get 16GB of internal storage to work with as well, and it’s expandable up to 128GB through a microSD slot.

Cameras play an important part in choosing a smartphone for plenty of folks, and if they are important to you, you should be pleased with the 13MP/5MP camera combo on the Huawei Honor Play 5X. A full array of connectivity options will be present along with 4G LTE and a fingerprint scanner. Last but not least, is a 3,000mAh battery and Android 5.1.

The Huawei Honor Play 5X is expected to arrive in two colors with Sunset Gold or Silver and the price will be affordable given the specs. If pricing stays true to what it costs in its homeland, you should expect to pay around $160 for the 2GB model while the 3GB Huawei Honor Play 5X will go for $220.