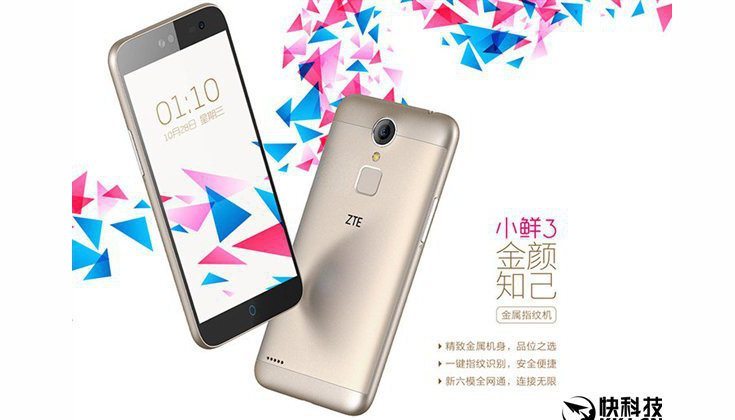 We’ve seen our share of oddly named smartphones over the years, and some of the wilder names hail from the Far East. ZTE is getting in on the name game with their latest handset which is dubbed the ZTE Small Fresh 3.

While we weren’t aware of an existing Smart Fresh line from ZTE, apparently they have produced a handset called the ZTE Small Fresh 3. As you might suspect, it’s a smartphone that’s getting released in China, and it’s aimed at the budget crowd as the specs aren’t anything to write home about unfortunately.

The ZTE Small Fresh 3 will sport a 5-inch display with a resolution of 1,280 x 720. Under the glass, you’ll find the popular quad-core MediaTek MT6735, 2GB of RAM, and 8GB of storage which is a bit of a disappointment even though it’s expandable. As for the snappers, there is a solid 13MP sensor on the back to go along with an 8MP camera on the front. It appears to support 4G networks and will have dual-SIM functionality as well. The ZTE Small Fresh 3 is powered by a 2,800mAh battery and runs Android 5.1 with Mifavor 3.2 on top.

While the ZTE Small Fresh 3 specs might not blow your hair back, the price will get your attention as it carries a 990 Yuan price tag for the region which shakes out to around $154.88 in the states. If you reside in China or are looking to import, the smartphone will be up for sale starting on December 4th from the ZTE mall.